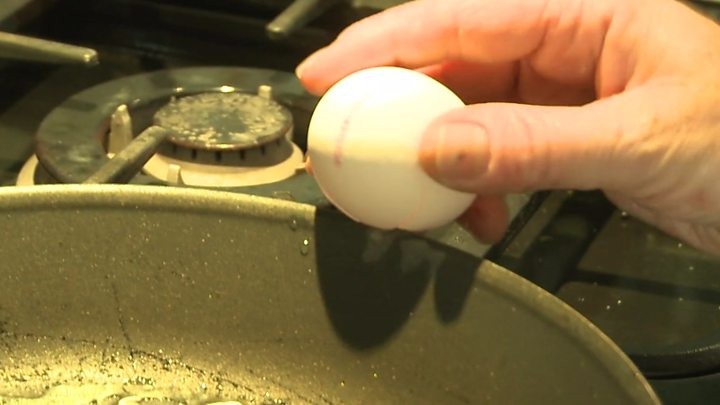 The EU’s food safety commissioner has called for an end to countries “blaming and shaming” each other, after eggs were found to contain traces of an insecticide dangerous to humans.

Eggs, coming mainly from the Netherlands, have been found to contain fipronil, which is banned by the EU in the food industry.

A row has erupted over how long Belgian and Dutch authorities have known.

“Blaming and shaming will bring us nowhere and I want to stop this,” Mr Andriukaitis, the European Commissioner for Health and Food Safety, said in a statement.

“But first things first. Our common job and our priority now is to manage the situation, gather information, focus on the analysis and lessons to be learned in a view to improve our system and prevent criminal activity.”

On Thursday, investigators arrested two people in raids on companies in the Netherlands and Belgium.

The UK food watchdog also said about 700,000 eggs had been sent to the UK from potentially contaminated Dutch farms, up from an earlier estimate of 21,000.

The Food Standards Agency (FSA) said it was very unlikely that there was a risk to public health.

Processed foods containing eggs, including sandwiches and salads, have been recalled from Sainsbury’s, Morrisons, Waitrose and Asda.

Supermarkets in Belgium, the Netherlands and Germany have withdrawn millions of eggs from sale.

On Friday, France’s Agriculture Minister Stéphane Travert said about 250,000 affected eggs had been sold in the country since April, adding that all products containing eggs from contaminated farms would be taken off the shelves.

I’m in the UK – should I stop eating eggs?

Fipronil should not be allowed anywhere near food.

But the risk from eggs is thought to be low, because the number of contaminated eggs is also low.

While 700,000 eggs sounds like a lot, it is worth remembering we eat 34 million every single day in the UK.

It is why the Food Standards Agency says it is “very unlikely” there is any health risk.

Many of the affected eggs will have already passed through the food chain before anyone was aware of the scandal.

And the FSA has now pulled egg sandwiches and egg salads off the shelves that were made while contaminated eggs were still being imported.

It insisted there is “no need” for people to stop eating eggs.

Denmark, Romania and Luxembourg are also among the countries that have reported sales of contaminated products.

It is thought that fipronil, which is used to kill lice and ticks on animals, was added to disinfectant on some chicken farms in the Netherlands, Belgium and Germany.

The insecticide can damage people’s kidneys, liver and thyroid glands if eaten in large quantities.

A criminal investigation is under way in Belgium and the Netherlands, centring on two firms – Poultry Vision, a pest control firm from Belgium, which is alleged to have sold the treatment to a Dutch poultry farm cleaning company, Chickfriend.

More than 100 poultry farms have been closed during the investigation, and 26 suspects identified and evidence seized from their companies.

The Netherlands is Europe’s biggest egg producer – and one of the largest exporters of eggs and egg products in the world.

The problem first surfaced earlier in August, when Aldi withdrew all its eggs from sale in Germany.

It has since emerged that Belgian officials knew about the contamination in June, but did not make the information public.

Meanwhile, Belgian Agriculture Minister Denis Ducarme has accused the Dutch authorities of knowing about the problem as far back as November 2016. The food watchdog in the Netherlands has denied this.