expulsion of two students who were allegedly

caught having s*x Inside a lecture hall.

The management of the institution made the announcement

Recall that, days ago, similar action had been taken on a

female student of Babcock University after a sx video of her and a former student of the school got lked online.

Read the letter below. 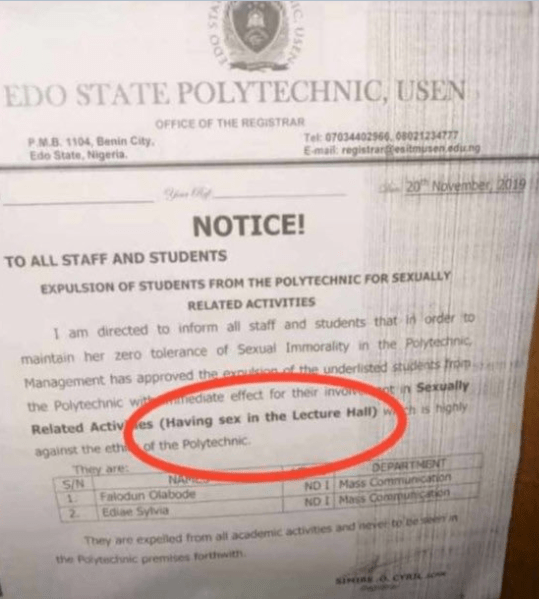