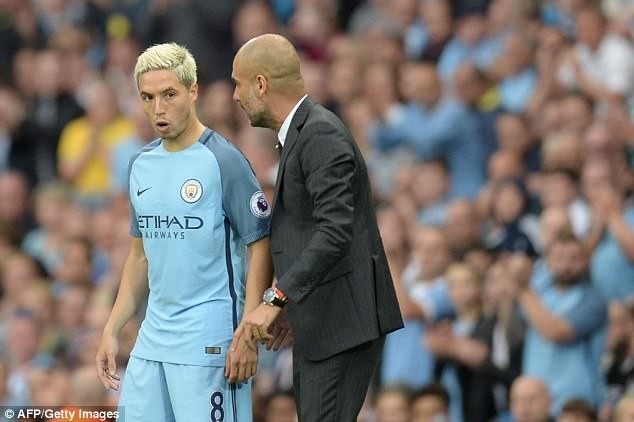 Manchester City returned from the United States with a defeat to Manchester United followed by two comfortable victories against Real Madrid and Tottenham Hotspur. Here’s what we learned …

City have faced criticism for spending heavily on new full-backs this summer with close to £120 million splurged on Kyle Walker, Benjamin Mendy and Danilo. But their importance to Pep Guardiola’s game plan is clear from their opening three matches of preseason which showed why the City boss was prepared to let his four veteran options from last season leave the club.

Walker, in particular, played with the sort of energy and dynamism that City lacked in Guardiola’s first season at the Etihad Stadium and was an extra asset to their attacking threat. His speed is a major strength and City’s counter-attacking ability looked even more dangerous.

Mendy is still to make his debut because of a niggling injury, which could force him out of the opening weeks of the season, but his displays for Monaco suggest he should mirror Walker’s game on the left side. Danilo is likely be a backup for both on either flank but showed, particularly in the 3-0 win against Tottenham, that he is not here just to make up the numbers. The Brazilian international looked determined to put a miserable spell at Real behind him with the sort of energy and adventure that Guardiola has been striving for.

2. Ederson looks just what Guardiola has been waiting for

There was a sinking feeling among many fans when Ederson’s first test in a City shirt went horribly wrong in the opening 2-0 defeat to United. He misjudged a long pass and was beaten to a ball outside his box by Romelu Lukaku for the opening goal. It had shambling echoes of Claudio Bravo’s disastrous season last year when he made an error in his debut against United and lost form so badly he had to be shifted out of the first team.

But since that mistake, Ederson has looked everything Guardiola has been seeking in a goalkeeper. The Brazilian international made a couple of excellent reaction saves in the 4-1 win against Real and was incredibly quick off his line against Spurs to thwart opportunities. His footwork was adept to start attacks as well as launching one tremendous goal kick that caught Spurs napping when it found Sergio Aguero 10 yards behind their defence.

Guardiola wants his keepers to contribute more than simply shot-stopping and is prepared for them to make the odd error to counter what they can bring to the team and Ederson seems exactly what he he has been looking for. 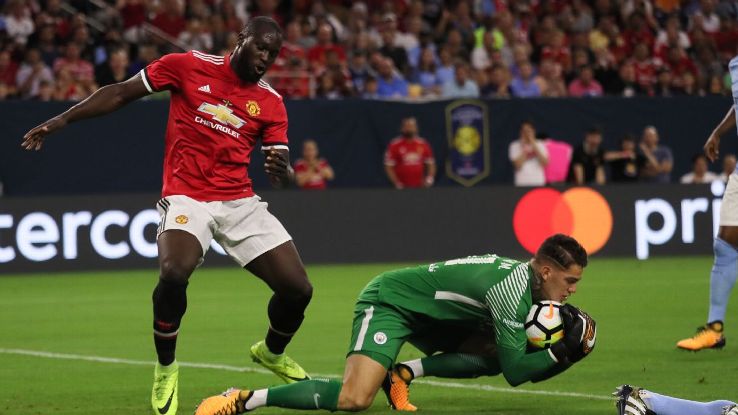 Aside from an early mistake, Pep Guardiola has to be encouraged by what he has seen from Ederson.

3. No one can be assured of a starting place

Wherever you look in the City squad there is competition for places. Gabriel Jesus and Aguero are fighting to be the striker, Kevin De Bruyne, David Silva and new arrival Bernardo Silva will battle for playmaker role while centre-backs Nicolas Otamendi, John Stones and Vincent Kompany all looked on top of their games in the United States.

Guardiola wants a strong squad to compete in the Premier League and Europe and it looks like he has one. At times last season, he was often forced to rotate his side, but the players coming into his side weren’t up to the standard of those going out. The Catalan now has genuine options in each position and that should ensure his players are fighting to be involved and regular starters.

4. Kids are pushing Guardiola for a place

Guardiola is proud of his record of bringing through young players at Barcelona and Bayern Munich but so far there hasn’t been much sign of the youngsters coming through at City with their one recent academy success Kelechi Iheanacho not on the United States tour and set to be sold.

But he won’t give young players a chance just to appease critics and bolster the statistics — academy players need to justify being given their opportunity. Phil Foden and Brahim Diaz in particular showed they have the quality to push for the first team but also the determination and bravery to be part of the setup.

Foden was highly impressive against a fierce United midfield and was prepared to see plenty of the ball and link up the play and Brahim topped off a solid tour with delightful goals against Real and Tottenham. Both are just 17, but they can expect to be around the fringes of the first team on the back of the tour and will push for a chance at every opportunity.

Guardiola felt last season’s underperformance was down to wasteful finishing just as much as poor defending and despite racking up seven goals against Real and Spurs, there were signs that they still lack ruthlessness.

Aguero and Gabriel Jesus both finished the tour without scoring and missed a number of good opportunities, and City failed to find the net against United despite controlling much of the game.

Raheem Sterling, who has been criticised for his finishing, did at least score twice but Guardiola will be hoping that last season’s profligacy isn’t set to continue for another year.