Eastern railway controversy: ‘You can’t be more Igbo than I’ – Amaechi dares Abaribe 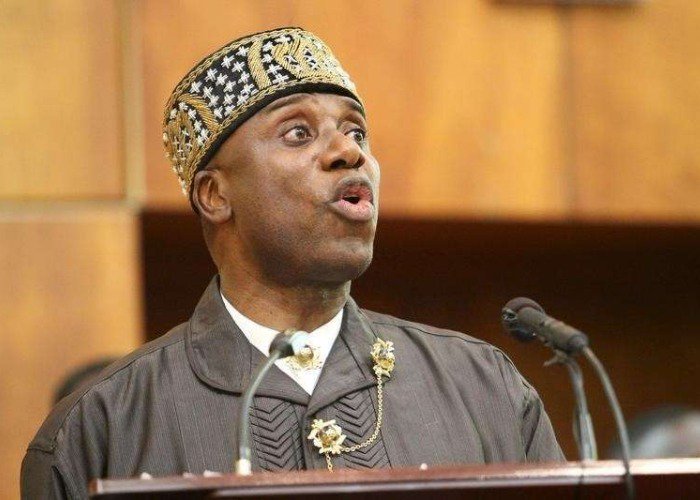 The Minister of Transportation, Rotimi Amaechi, has dared the Senator representing Abia South senatorial district, Enyinnaya Abaribe, saying that the lawmaker “was not more of Igbo than himself”.

Apparently angered over his frequent invitation to appear before the Joint Senate Committee on Land Transport and Local and Foreign Debts on Tuesday, the angry minister said: “I have been hearing what Senator Abaribe has been saying over the eastern railway about me.

“Abaribe can’t be more Igbo than I. Most Igbo people cannot interpret Abaribe, but most Igbo understand and can interpret Amaechi.”

Immediately, Senator Obinna Ogba, a member of the committee, demanded that the minister retracts the statement, saying it was insulting to the Senate.

Ogba said the Senate least expected such uncomplimentary statement from the minister. After persuasion from some members of the committee, the minister withdrew the statement.

He further revealed that the federal government has engaged Transnet Construction Company on a private public partnership arrangements.

“The Federal government’s eastern railway development arranged with the General Electric collapsed because the comp has folded, but it is not within me to explain what led to that.

“We have engaged another Chinese subsidiary firm, Transnet Construction Company on PPP arrangement,” the minister disclosed.