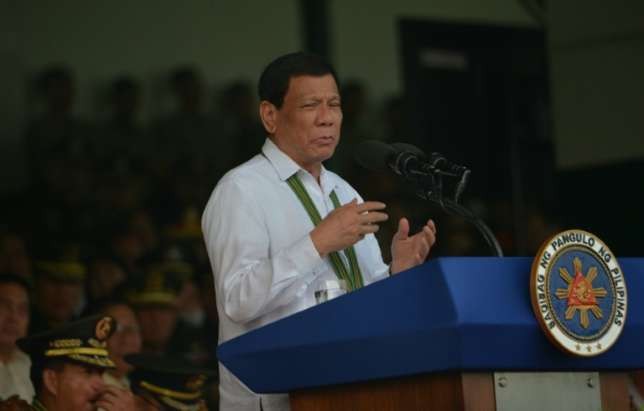 Trump’s first Asian tour as president will take him to Japan, South Korea, China, Vietnam and the Philippines, where he will attend the summit of ASEAN, the southeast Asian bloc.

The United States has important trade ties in the region, but his economic agenda will be overshadowed by the major foreign policy crisis of his presidency so far: the North Korean stand-off.

“The president’s travel will underscore his commitment to longstanding United States alliances and partnerships, and reaffirm United States leadership in promoting a free and open Indo-Pacific region,” the White House said.

Last month, Trump warned at the United Nations that he is prepared to “totally destroy” the Pyongyang regime if it does not give up its quest for a nuclear-armed intercontinental missile.

But his military threats are backed by a dense diplomatic agenda. Secretary of State Rex Tillerson was in China last month, and Trump’s tour will take in key frontline treaty allies.

In Japan, the first leg of his trip, Trump will meet the families of Japanese hostages kidnapped by North Korean agents, lending support to Tokyo’s demand that they be released.

In Seoul from November 7, Trump will meet US troops and President Moon Jae-In before addressing the South Korean parliament to urge “the international community to join together in maximizing pressure on North Korea.”

In Beijing, Trump will renew his relationship with China’s President Xi Jinping. Xi has spoken publicly of his warm friendship with his US counterpart, but China’s support will be vital in any effort to put the squeeze on Pyongyang.

From there he will travel to Vietnam, one of the countries disappointed by his decision to pull out of the TPP trans-Pacific trade deal, then on to the Asean summit in Manila.

Here he will meet perhaps his most controversial partner in the region, Duterte, the outspoken Philippines leader who has launched a bloody crackdown on alleged drug gang members.

Early in his tenure, Trump courted controversy by praising Duterte for doing an “unbelievable job on the drug problem” — despite warnings from rights groups of death squad-style killings

Duterte’s crackdown on alleged drug dealers has seen the police kill an estimated 3,850 people in 15 months and made him a virtual pariah.

Both men have shocked with their use of salty and threatening language in speeches, but their budding alliance has come under strain in recent months.

Duterte had been angered by a US Congress hearing where various advocate groups assailed his war on drugs, and in July he described the United States as a “lousy” place.