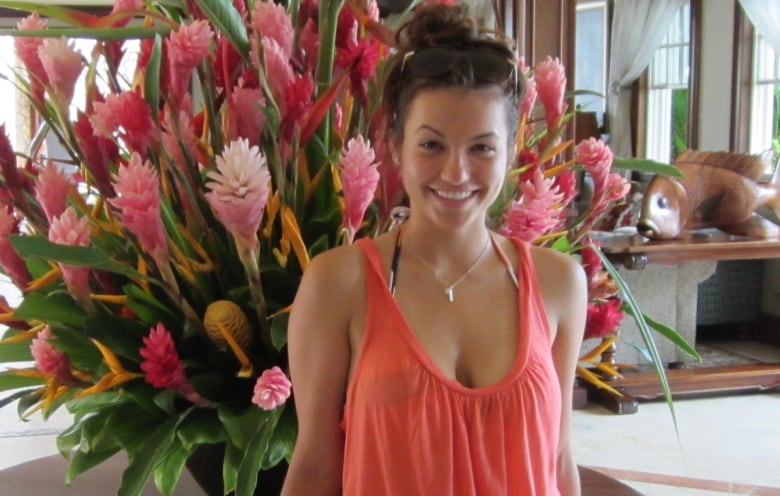 After his car struck two people in a crosswalk, the driver of a Volkswagen Jetta told a Calgary police officer he’d been speeding, had drank 12 ounces of alcohol and was worried he’d go to jail for drunk driving, yet police didn’t get a breath or blood sample and charges were never laid.

Now, nearly nine years after the deadly crash, three of the investigating officers have been ordered to a disciplinary hearing, charged with neglect of duty and discreditable conduct under Alberta’s Police Act. A date for the hearing has not been set.

CBC News is not naming the driver because he was never charged.

Wal’s family filed a complaint with police in 2015. More than five years later, they have received a letter from police Chief Mark Neufeld that says the officers will face professional charges.

One of the four officers named in the complaint, Dean Lagrange, left the force to become police chief in Camrose, Alta., and will not face a disciplinary hearing.

‘Why not breathalyze the driver?’

When he learned his daughter had been hit by a car, Ziggy Wal flew to Calgary to meet with the lead investigator. He says he asked right away, “Why not breathalyze the driver?”

He says police assured him alcohol was not a factor in the crash.

“He said, ‘Absolutely no, driver was sober,'” said Ziggy, whose first language is Polish.

The Police Act allegations include that officers did not conduct a thorough investigation and did not provide the families with accurate information about the driver.

Const. Grant Maveal was the responding officer who dealt with the driver immediately following the crash.

According to his own notes, the 21-year-old driver, who had four passengers in his car at the time, disclosed that he’d been driving 90 km/h in a 60 km/h zone.

According to the police file, the driver also showed physical signs of impairment, including “impaired judgment and recall of events, vision difficulties, loss of consciousness, difficulties walking and speaking.”

Maveal travelled with the driver in an ambulance to hospital. En route, the driver also disclosed he’d drank a “mickey” of alcohol — 12 ounces — himself that night, according to the officer’s notes.

In an email dated May 13, 2013, Insp. Dean Lagrange explained that no breath or blood test was administered because none of the emergency professionals believed the driver had alcohol in his system.

“Although the driver admitted at the hospital to consuming alcohol earlier in the evening, that alone is not sufficient enough for the officer to form the grounds to enter into an impaired investigation,” wrote Lagrange.

The driver said he believed he’d be going to jail for drunk driving, according to Maveal’s own notes from the police file.

“Despite this, Maveal did not administer a roadside breath test or sobriety test and did not make any efforts to get blood samples,” reads part of the police complaint filed by Ziggy Wal.

“He also failed to advise hospital staff of the driver’s admissions.”

Maveal is not only accused of failing to ascertain the driver’s blood alcohol level but also failing to provide the lead investigator with key information about the driver’s condition and admissions.

“Police officers have a right to demand a sample if there’s a reasonable suspicion there’s alcohol in the body,” said Wal family lawyer Tom Engel.

In a statement provided to CBC News, Maveal’s lawyer, Cory Wilson, says his client “conducted a proper investigation based on the facts known to him at the time, in accordance with the law and in consultation with a superior officer.”

“It is very concerning that the Chief of Police would send one of his officers to a disciplinary hearing for following the law, nearly nine years after the incident,” said Wilson.

“If the Chief has a grievance, it is with those who write the laws, not with police officers who uphold them.”

The Turner and Wal families did not find out until years later that speed and alcohol were possibly factors in their loved ones’ deaths.

“They were first victimized by [the driver] and then by CPS,” reads the complaint written by Engel.

In a written release, the Calgary Police Service said an independent presiding officer will hear evidence and decide whether misconduct occurred and what, if any, discipline is warranted.

“It is important when there are concerns about any officer’s conduct that they be investigated and dealt with through a fair and transparent process,” the release says.

CPS acknowledged the time it took to get to the disciplinary hearing “does not meet the expectations of the public or our officers.”

According to the statement, police have made recent changes to speed up the process, working with other agencies to modernize the Police Act.

A lawsuit filed by the victims’ families in 2013 against the driver alleged excessive speed and alcohol impairment. It was settled out of court for an undisclosed amount.

According to Turner’s obituary, he loved playing soccer and was a recent graduate of the University of Calgary’s civil engineering program. After his death, Turner’s family donated his organs.

Ziggy Wal says his daughter was a “very happy person” who loved being outside.

The family spent a lot of time together and Ziggy says Edyta had fallen in love with Calgary, taking advantage of the mountains when she could.

Edyta planned to become a dentist even though her dad wanted her to go to medical school in the U.K.