Draymond Green had no sympathy for Kevin Durant over Twitter shenanigans 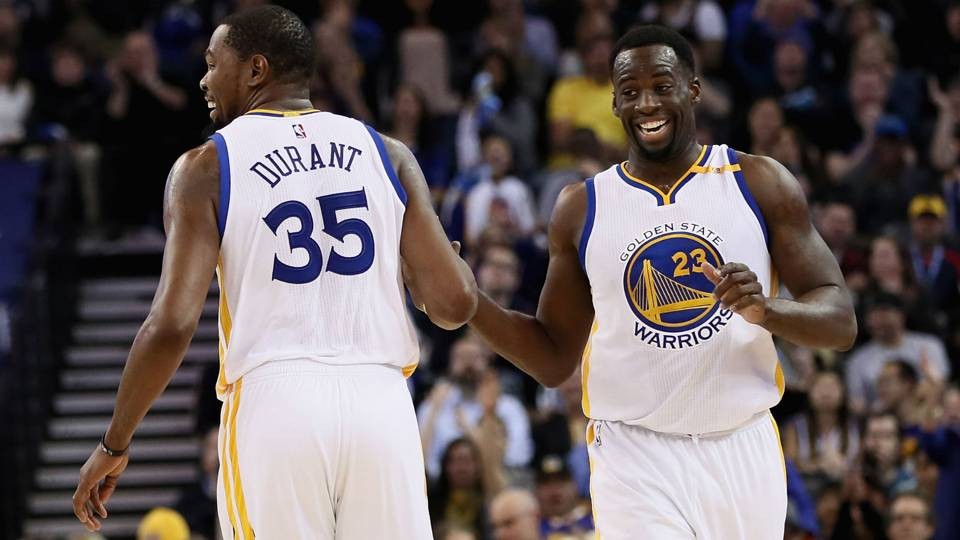 When it comes to social media mishaps, Draymond Green had it a lot worse than Kevin Durant, so he had no sympathy for his Warriors teammate’s recent Twitter woes.

Durant admitted earlier this week he had created fake Twitter accounts to defend himself online after getting caught posting about himself in third person from his actual verified account. Asked Friday if he had offered any support to Durant in the wake of the incident, Green had the following response.

“I reached out to him. I talked to him through text the day of, and then the next day I saw him in person and I laughed in his face. It’s pretty funny to me.”

Green made headlines last summer when he accidentally posted a NSFW photo of himself on Snapchat.