Dozens of refrigerators among items removed from B.C. beach after containers fell off ship 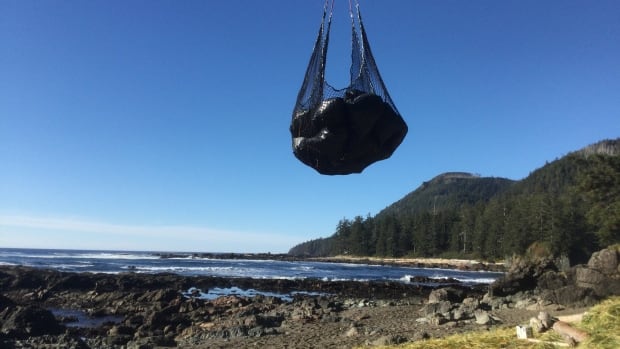 Dozens of refrigerators, along with bags of Styrofoam and garbage, have been picked up from a remote Vancouver Island beach as the cleanup has started from 109 shipping containers that fell off a ship near Victoria.

The Canadian Coast Guard said in a statement that 71 refrigerators, 81 bags of Styrofoam and 19 bags of garbage are among the items that have been flown by helicopter off Cape Palmerston beach on the northwest side of Vancouver Island.

The MV Zim Kingston lost the containers on Oct. 22, right around the same time a fire started on the ship, which had been anchored off Victoria for repairs.

The fire, which was burning in containers carrying vehicle tires, burned for about a week before it was extinguished.

The Coast Guard said Monday the cleanup will continue along northern Vancouver Island as weather allows and an environmental unit is working with First Nations to identify resources at risk along the coast.

It says efforts to stabilize the remaining containers on the ship will continue this week, while an inspection of the Zim Kingston has been completed and is being reviewed by Transport Canada.