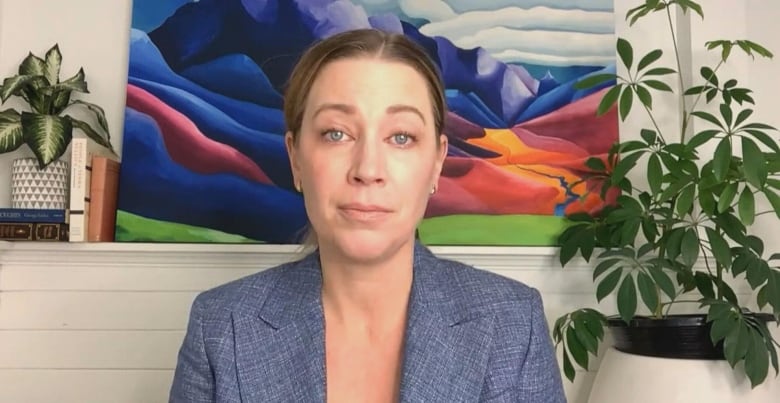 There were at least 156 COVID-19-related deaths reported in Saskatchewan in October, beating January 2021 for the worst month during the pandemic, despite vaccines not being widely available at that time.

Saskatchewan reported one new death on Sunday, Oct. 31, bringing the total number of deaths reported in the province during the entire pandemic to 851.

The record raises red flags for physicians and doctors who have been watching the pandemic unfold.

Many of them have either been at bedsides watching it happen, or hearing from colleagues about the situation in hospitals.

She was raised in Saskatchewan and said it’s “distressing” to watch the province become the worst-hit province across several unfortunate categories.

As of Friday, there had been 2.9 deaths per 100,000 over the past seven days in the province, according to the Government of Canada’s epidemiology update.

Saskatchewan also holds top spot among provinces for the rate of active cases, 201 per 100,000 people, and the rate of new cases over the past seven days — also as of Friday.

A lot of those deaths are attributable to government inaction.– Dr. Dennis Kendel, health policy consultant

“To see people suffering and knowing that some degree of that could have been prevented with more public health strategies is really devastating,” she said.

Deaths could have been prevented, says health policy consultant

Several physicians have pointed to the prominence of the delta variant as a chief reason for the increased spread of the virus.

When it’s not controlled through public health measures, the variant will cause high rates of infection and more illness, said Dr. Dennis Kendel, a former physician and health policy consultant.

“A lot of those deaths are attributable to delay in government action.”

Kendel said he also expects the death rates would be higher if Ontario had not offered support and ICU beds for some of Saskatchewan’s most ill patients.

“The reality is we are not out of this yet and there still would be merit in the government implementing some control over gathering sizes and some other protective measures,” he said.

Many physicians, including colleagues of Smart’s, have said to her they’ve only had a single day off in an entire month.

“Many physicians, when they’re on call, will work from one morning until the following afternoon — maybe have a break— and be back the next day,” she said.

“And these are people that are working very intense jobs looking after very sick people and then faced with a government that’s not listening to them.”

Like other physicians, Smart is asking for gathering limits to address case numbers. COVID-19 modelling released earlier this month foreshadows a dire future for the province without different strategies, and Smart said a vaccine-only strategy won’t prevent that — especially considering children under 12 can’t receive vaccines yet.

“This is not a recipe for a functional health care system, and I think that’s why you’re hearing physicians in the province speak out so strongly.”