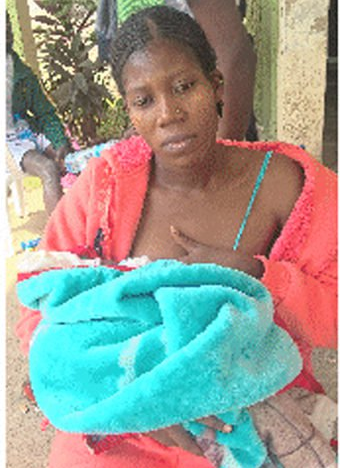 Among the 373 Edo State-born returnees from Libya are two new mothers who conceived during their  tumultuous stay in Libya.

Their babies, Joy and Testimony are both two weeks old. Baby Testimony was so named because her mother said she passed through a lot of stress before her birth, while baby Joy, according to her mother, “is the joy of my heart”, The Nation reports.

The mothers and their babies looked unkempt and hungry as they started begging for food from people the morning they arrived Benin City. Unlike the previous batches of returnees taken care of by the International Organisation in Migration (IOM), these ones were released from an underground cell in Libya and returned to Nigeria immediately.

The males among the returnees looked skinny, while a number of the females are pregnant, most of them with no idea where the father is. Baby Joy and Baby Testimony are just a few of the children returning from Libya without their fathers. What makes their stories sad is the fact that they may never see their fathers again.

Carol Wisdom, 23, is the mother of Testimony, while Alice Monday, also 23, is the mother of Joy. Both women said they carried their pregnancies in an underground cell in Libya without any medication or antenatal care. Though pregnant, they were tortured and beaten in the cell.

Carol said she trained as a hair stylist before embarking on her journey to Europe. She said Burger, the agent who collected N100,000 from her, did not inform her that there was no free movement in Libya. She said she could not find any job in the country until she met her baby’s father. She said her baby’s father was a welder in Libya before both of them were arrested in March 2017 and led to separate cells. That was the last she saw and heard from him.

She further said: “He is Igbo, but I have forgotten the state he comes from. I have his brother’s contact. He does not know that I have given birth. I have not heard or seen him since we were separated.

“The Libyans beat pregnant women. When I was in labour two weeks ago, they took me to a hospital. It was at the hospital that I was rescued. When I leave here, I will call my husband’s brother. I have not called. I called him last in March. We were not allowed to use mobile phones or call our relatives.

“The brother did not know I was pregnant. Right now, I need help. I don’t know where to start. I am very confused about what to tell this baby about her father. I call my child Testimony because of the stress I went through in the cell. No drug was given to me when I was pregnant.” 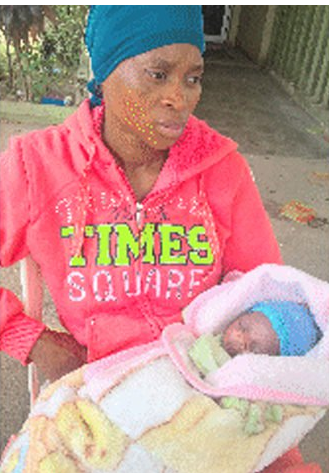 As for Alice, the only thing she knows about her baby’s father is his first name – Tunde. She also knows that he used to live in Lagos before travelling to Libya. She has forgotten the state he hails from, and there is no way of reaching his relatives.

Alice said she worked as food vendor in Libya while her baby’s father was a doctor. She said both of them were separated in May, 2017 when they were arrested and she had not heard any news about him, whether dead or alive.

Her added: “They took us to different prisons. In the prison where I was, people were not allowed to make calls. It was there I lost the contacts of his family members. I don’t have his photograph to show to my baby. I don’t know the state he comes from. I only know that he lived in Lagos before coming to Libya.

“I am thinking of what to tell my baby. Government should help me, so that I can take good care of my baby. I named my baby Joy because she is the joy of my heart. Inside the prison, I was not given any medicine. I was only taken to the hospital when I fell into labour.”