Donald Trump under fire for comments about Aretha Franklin 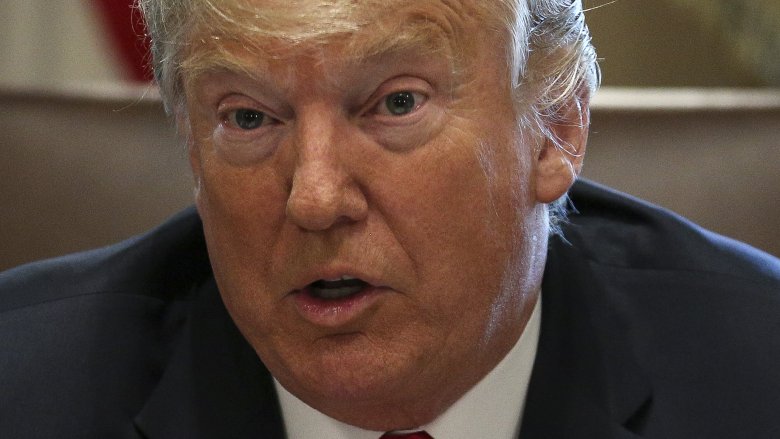 President Donald Trump is facing backlash for his recent comments regarding the death of music legend Aretha Franklin.

Trump addressed the “I Say a Little Prayer” singer’s passing during a cabinet meeting on Aug. 16, 2018, calling Franklin someone who “worked for” him. “I want to begin today by expressing my condolences to the family of a person I knew well,” Trump reportedly stated. “She worked for me on numerous occasions. She was terrific — Aretha Franklin — on her passing.”

As could be expected, Aretha Franklin fans weren’t happy, taking to social media to say that Trump was essentially belittling Franklin’s legendary career by effectively referring to her as an employee. “Dear @realDonaldTrump: When a queen passes away, you pay your R-E-S-P-E-C-T!” one Twitter user wrote. “You don’t try to denigrate her legacy by saying, ‘she worked for me on numerous occasions.’ This queen worked for nobody but her loving fans.”

Another tweet read, “Donald Trump has no idea how to feign human emotion nor has he ever experienced sympathy for another person.” It continued, “Him saying Aretha Franklin ‘worked for him’ conveys how his failing brain works. No matter what happens or who dies, the only thing that matters is how it affects TRUMP.”

But Trump’s words at the cabinet meeting weren’t the only thing that set off Franklin’s many admirers. His tweet following the news of her passing was also criticized by Franklin fans for its insensitivity. “The Queen of Soul, Aretha Franklin, is dead,” Trump’s tweet began. “She was a great woman, with a wonderful gift from God, her voice. She will be missed!”

Yeah, starting off a post by harshly stating that a beloved icon is “dead” isn’t exactly the best way to pay one’s respects — or to comfort that woman’s enormous fanbase.

“You better THINK about keeping the Queen of Soul, Aretha Franklin, out of your mouth,” one Twitter user wrote, adding his belief that Franklin likely had zero respect for Trump.

For those curious as to how former President of the United States Barack Obama handled the news of Franklin’s passing, here’s what he tweeted out: “Aretha helped define the American experience. In her voice, we could feel our history, all of it and in every shade — our power and our pain, our darkness and our light, our quest for redemption and our hard-won respect. May the Queen of Soul rest in eternal peace.”

Regardless of their politics, it’s safe to say that Obama’s post was a bit more eloquently put, considering how his message honoring Franklin, well, actually honored her.

Given Aretha Franklin’s incredible talent and the generations of people who loved her, Obama obviously wasn’t the only big name to humbly pay their respects after learning of her passing. As Nicki Swift previously reported, pop star Ariana Grande belted out a beautiful rendition of Franklin’s hit song “(You Make Me Feel Like) A Natural Woman” on The Tonight Show With Jimmy Fallon on Aug. 16. “I met her a few times. We sang at the White House and she was so sweet and she was so cute,” the “No Tears Left to Cry” singer told host Jimmy Fallon later on in the show. “It’s an honor to have met her.”

Famed record producer Clive Davis also paid his respects to the Queen of Soul by tweeting out that she was “truly one of a kind” and “a national treasure to be cherished by every generation throughout the world.”

Davis is also organizing a tribute show to honor Franklin called Clive Davis Presents: A Tribute to Aretha Franklin. The show will reportedly be performed at New York City’s Madison Square Garden on Nov. 14, 2018. According to Entertainment Tonight, Davis has been working on the concert for “months.”

Hopefully the show can help all of Franklin’s fans grieve while also celebrating her life to the fullest.