Wowplus
Home Gossips Do we pretend that leaving her behind won’t result in pregnancy? Journalist... 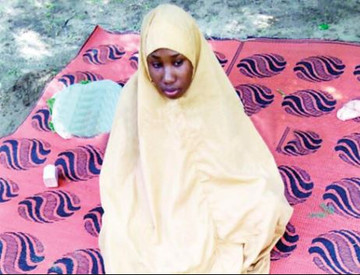 Do we pretend that leaving her behind won’t result in pregnancy? Journalist Ahmed Salkida asks as he confirms that Leah Sharibu is now a mother, Ahmed Salkida, the journalist who has access to Boko Haram and also once a mediator between the insurgents and the Nigerian government, has confirmed that Leah Sharibu is now a mother.  In his tweet, Salkida said that the Christian girl the insurgents refused releasing alongside her schoolmates for refusing to convert to Islam is now a mother. He, however, disclosed that he doesn’t know the gender of the baby.  He tweeted;  Why I wonder, do we pretend that leaving Leah behind won’t result in pregnancy? Since the terror group announced condemning her to slavery, is there any step or collective focus on preventing similar occurrences? She’s a mother, but I don’t know about the gender of the baby.

This is coming after he announced that the terror group executed Rev. Lawan Andimi after he was abducted during an attack at Michika Local Government in Adamawa State.