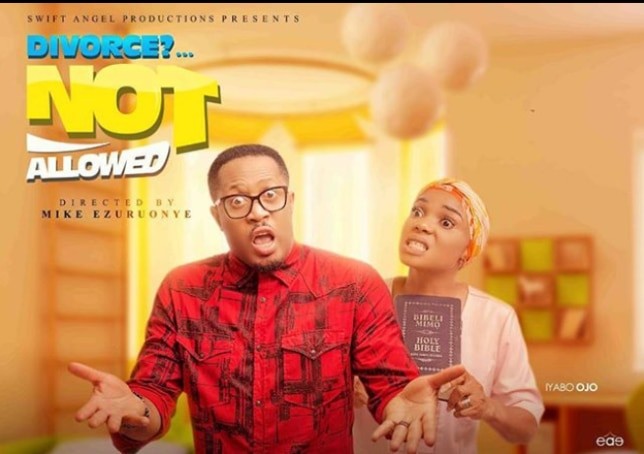 15 years after he made his acting debut, Mike Ezuruonye makes his directorial debut with “Divorce not Allowed.”

Described by the filmmaker as a comedy film with a strong message on relationships and family, “Divorce Not Allowed” arrives cinemas on April 13.

The movie explores issues faced by young couples in marriages and how their resolutions sometimes threaten to shake the foundation of their love.

Speaking to Pulse Nigeria in 2017, Mike Ezuruonye said that he isn’t a fan of buffoonery, so he is making a different kind of comedy.

“I’m not a fan of buffoonery. Even if it’s comedy, it has to have a message to it, which is what we did with “Divorce? Not Allowed.”

play Mike Ezuruonye during an interview with Pulse Nigeria

Mike Ezuruonye has starred in some of Nollywood’s most popular movies and is also one of fans favourite.

He has starred in films like “Excess Luggage,” “Broken Marriage,” “Critical Decision,” “Native Son,” “Unforgivable” among others.