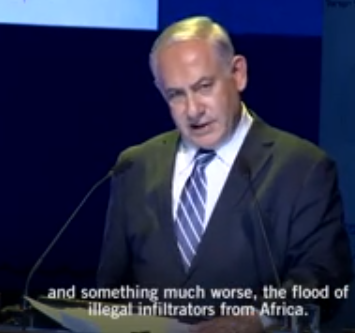 Israel Prime Minister Benjamin Netanyahu said on Monday that the flood of illegal migrants from Africa are worse than terrorists in the Sinai peninsula.

Netanyahu said this while speaking at an event celebrating the Negev region held in Dimona. The PM said that Israel has recently completed a fence along “more than 200 kilometers of the border with Sinai.” He said the border fence constructed along Israel’s border with Egypt is holding back a potential “flood” of illegal migrants from Africa.

Without the fence, “we would be faced with … severe attacks by Sinai terrorists, and something much worse, a flood of illegal migrants from Africa,” Netanyahu said.