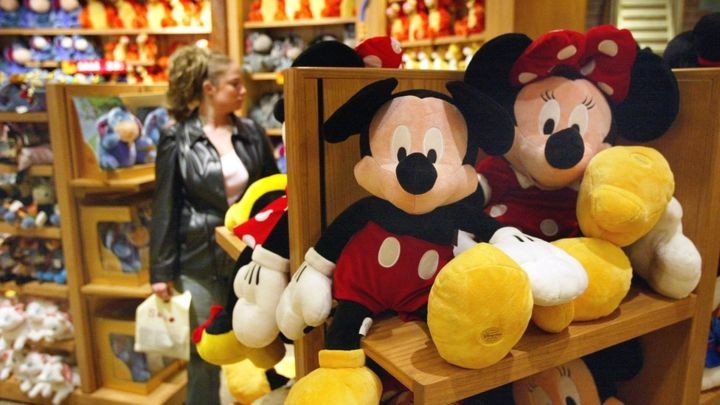 Media giant Walt Disney plans to start its own online streaming services in the US for movies, shows and sports in a shift aimed at bringing productions directly to consumers.

The plans come as the firm grapples with falling television subscriptions and challenges from online video.

It will launch an ESPN-branded sports service early next year and a Disney streaming service in 2019.

The firm also said it would end a distribution deal with Netflix.

The company made the announcements on Tuesday as it reported an almost 9% fall in quarterly profits and little change in revenues compared to the same period in 2016.

Disney boss Robert Iger said the streaming services “mark the beginning of what will be an entirely new growth strategy for the company”.

Disney has already launched its own subscription-based video streaming service in the UK.

Disney Life was introduced in 2015 and features many of the company’s films, music, books and television programmes in a single app.

With the digital push, Disney is trying to insert itself into territory currently claimed by Amazon and Netflix, which have won audiences with a combination of original programmes available on-demand and a business model focused on monthly subscriptions instead of advertising.

Mr Iger said making Disney and ESPN content available on standalone sites and apps is a better bet in the long run than continuing to rely on cable television, movie theatres and licensing agreements to distribute its work.

Disney said its distribution deal with Netflix for new Disney and Pixar movies would end in 2019, with discussions ongoing about the fate of Star Wars and Marvel franchises. The news sent Netflix shares down almost 3% in after hours trade.

As part of the online push, Disney plans to take majority ownership of BAMTech, a video-streaming company started by Major League Baseball. Disney will pay $1.58bn (£1.2bn) to increase its stake in the firm from 33% to 75%.

Disney hasn’t decided how much the streaming services will cost, but the company’s goal is to reach a wide audience, Mr Iger said.

The start dates are for the US, but Mr Iger said Disney expects to pursue similar moves in other markets around the world.

Disney investors may still need to be convinced. Shares in the company fell about 3.8% in after-hours trade, despite the announcement.

Disney is struggling to increase its revenues, as ratings and cable subscriptions fall and it looks for box office hits that can beat its success last year.

The firm reported quarterly revenue of $14.2bn in the three months to the end of June, with growth concentrated in its theme park and resort business.