Disney is getting ready to open a massive, $1-billion Star Wars theme park in California 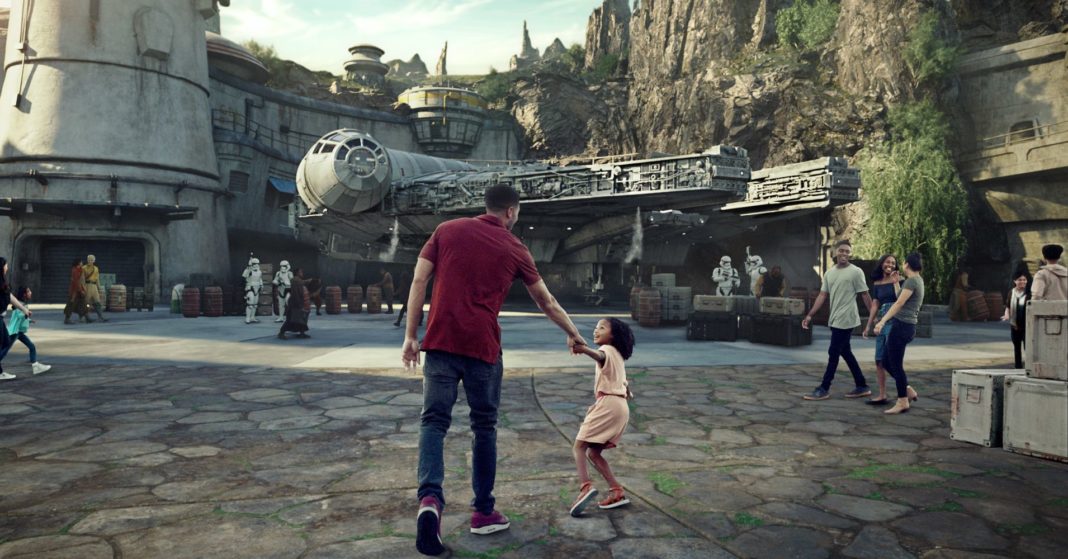 LOS ANGELES — Just over a year ago, Disneyland Resort’s relationship with its hometown of Anaheim was tense. Now, the two sides have “reset” ties as the park prepares to open its largest single-themed land expansion ever, Star Wars: Galaxy’s Edge.

As many other California municipalities struggle to generate new revenue sources, Anaheim is in the enviable position of having a cash cow in its backyard. Even Burbank, a city where Disney’s corporate offices are located, has struggled fiscally with deficits in recent years due to worker pensions and other costs.

Anaheim is anticipating the new 14-acre expansion will provide a big boost in tourism and hotel taxes, which make up about half of Anaheim’s annual general budget of $330 million. Galaxy’s Edge reportedly cost Disney about $1 billion.

Several hotels report being sold out for the first few weeks of the Galaxy Edge’s opening on May 31. Anaheim’s hotel tax revenues soared after Disneyland in 2012 opened a 12-acre Cars Land at its California Adventure park.

Disneyland officials declined to discuss projections for the new Galaxy’s Edge, which has been in the works for several years. It follows Disney acquiring Lucasfilm and the Star Wars franchise in 2012.

Disney’s’ Parks and Resorts division accounted for 35% of the entertainment giant’s total revenues in fiscal 2018 and was second only to the Media Networks segment.

Disneyland, with about 30,000 employees, is the biggest employer in Orange County — a Southern California area with about 3.2 million people. The company expects an increase of 1,400 employees as a direct result of its investment in Galaxy’s Edge, which includes several attractions with interactive features.

“Disneyland is like having a rich uncle who lives right down the road,” said Steve Jones, mayor of the neighboring City of Garden Grove. “Twenty-four million visitors pass through the Anaheim resort area each year creating externalities that benefit our city enormously.”

However, Disneyland’s relationship with Anaheim — a city of more than 350,000 people — grew strained just a few years ago when some elected city officials suggested they regretted corporate subsidies or breaks from future taxes, which The Los Angeles Times estimated back in 2017 had totaled over decades more than $1 billion (a figure Disney officials have called “completely inaccurate”). Last October, Disney canceled a planned luxury hotel project near Disneyland after a tax rebate was pulled by the city that reportedly could have saved the company more than $250 million.

“Good friends will not always agree; however, the current level of animus is unprecedented and counterproductive,” Disneyland Resort President Josh D’Amaro wrote in August 2018 to Anaheim’s mayor and entire City Council. In the letter, he also asked the city to terminate a tax reimbursement agreement that had “become a flashpoint for controversy and dissention [sic] in our community.”

Anaheim’s Lyster said the relationship with the 63-year-old theme park is back on good terms. “Both sides said we will kind of hit the ‘reset’ button, and that certainly has happened.”

D’Amaro told CNBC in a statement, “Disneyland Resort has historically had a very strong relationship with the City of Anaheim, where we have been part of the community for more than six decades. We are looking forward to opening Star Wars: Galaxy’s Edge, our largest park expansion yet, and to our mutual success as our investment drives continued visitation to the area and significant incremental revenue to Anaheim’s general fund.”

Regardless, Anaheim still continues to have challenges like other cities with costs of public-safety personnel, pensions and more. But the tourism taxes have provided a steady source of revenue for the city as visitor traffic to Anaheim has increased more than 30% since 2013.

The way that California’s tax system is structured means that city governments don’t have a lot of authority over their own local tax rates so tourism taxes are seen as especially helpful.

“The best thing about these tourism taxes is that they’re not being paid by your local residents,” said Chris Hoene, executive director of the California Budget & Policy Center, a public policy research group. “They don’t come with all the negative anti-tax reaction of local residents who otherwise might not want local sales taxes or their local property taxes increased.”