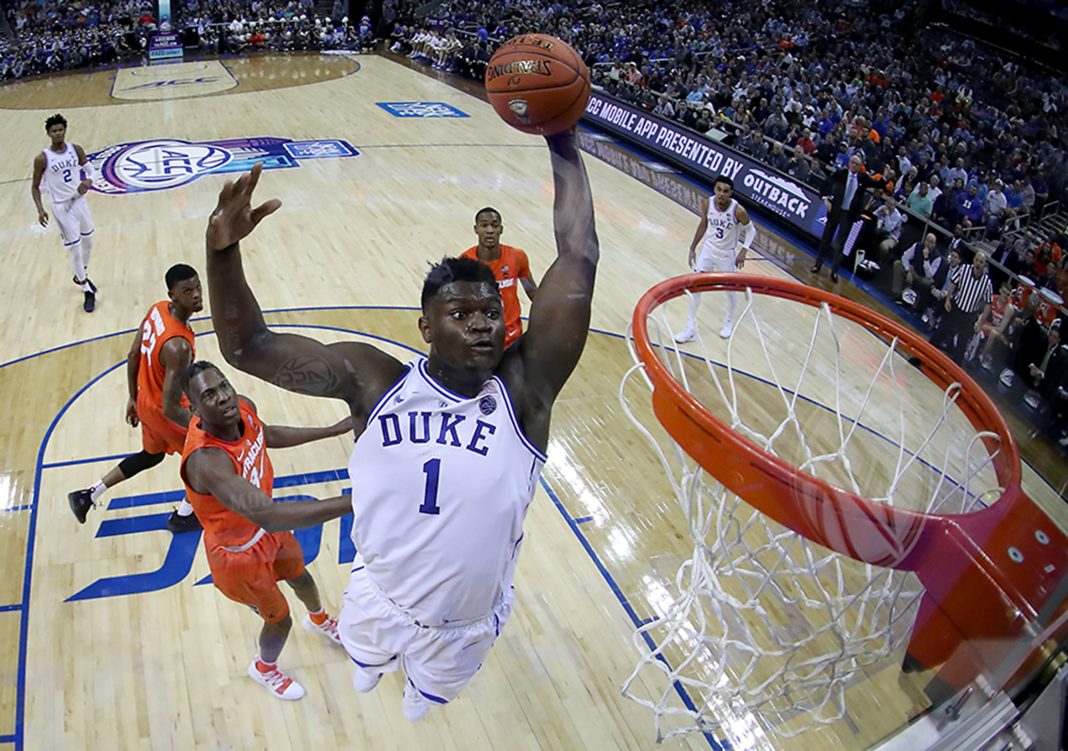 Alternate crop.) Zion Williamson #1 of the Duke Blue Devils dunks the ball against the Syracuse Orange during their game in the quarterfinal round of the 2019 Men’s ACC Basketball Tournament at Spectrum Center on March 14, 2019 in Charlotte, North Carolina. (

Disney and Charter are still discussing a new multiyear carriage agreement, blowing past Friday’s 12:01 a.m. deadline, as the two sides try to reach a deal, according to people familiar with the matter.

The sides are making progress on a deal and want to avoid a blackout of popular networks including ESPN, ABC and The Disney Channel, said the people, who asked not to be named because the discussions are private.

Discussions between pay-TV providers and content providers have become more complicated this year as large programmers, including Disney, AT&T‘s WarnerMedia and CBS, look to divvy up their content between their linear networks and bespoke streaming services.

Earlier this month, AT&T and CBS failed to reach a deal, which has caused millions of DirecTV subscribers to lose access to CBS’ broadcast network. CBS acknowledged it has seen an increase in subscribers for its CBS All Access streaming product, which broadcasts most of CBS’ programming for $5.99 a month, since the blackout.

The main sticking points between Charter and Disney have been issues related to ESPN, the most expensive network in the pay-TV bundle, said the people. One issue has been ESPN’s proposed pricing for the ACC Network, a new cable channel that will broadcast collegiate sports for teams in the conference, including Clemson, Duke and the University of North Carolina. The ACC Network is set to broadcast Clemson’s opening game against the Georgia Tech on Aug. 29. Clemson won last year’s college football national championship. About 40 percent of Charter’s footprint overlaps with ACC schools.

Another hurdle is how much flexibility Charter is willing to give ESPN+, Disney’s $4.99 per month streaming product. The two sides are discussing potentially including ESPN+ as a new network that Charter consumers can access on their set-top box, the people said.

Disney plans to bundle ESPN+ with Hulu and Disney+ when it launches in November and would like to strengthen the sports streaming service while not eroding the value of ESPN, which commands about $10 for every pay-TV subscriber. Typically, Disney will ask cable operators to distribute ESPN to at least 80 percent of their subscriber footprints, according to people familiar with the matter.

While pay-TV companies such as Viacom have lost leverage in carriage fee negotiations because much of its valuable programming from Nickelodeon and Comedy Central is available on streaming services such as Amazon Prime and Hulu, Disney is still asking for higher fees for ESPN and its associated networks because of the value of live sports, said the people. Disney hasn’t made ESPN available as a stand-alone streaming option, maintaining its exclusive value within the pay-TV bundle.