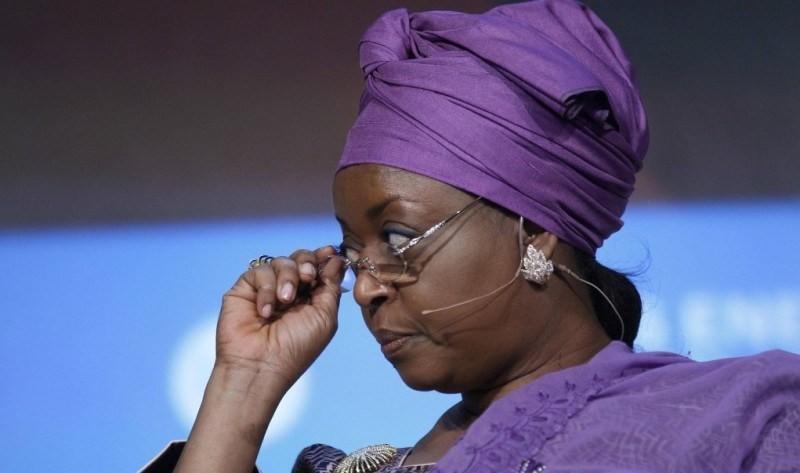 A Lagos State Magistrates’ Court in Igbosere has ordered that the lawmaker representing Edu /Moro/Patigi constituency of Kwara State at the House of Representatives, Aliyu Pategi, be remanded in the custody of the Economic and Financial Crimes Commission.

The court, presided over by Mrs. Afolashade Botoku, made the remand order on Friday following an application to that effect by the EFCC.

The EFCC had told the judge that Pategi stood surety for a former Minister of State for the Federal Capital Territory, Oloye Jumoke Akinjide, who has a pending criminal charge against her before the Federal High Court in Ibadan.

The EFCC charged Akinjinde with money laundering, alleging that she  collected N650m out of the $115m doled out by a former Minister of State for Petroleum Resources, Mrs. Diezaani Alison-Madueke, to compromise the 2015 general election.

Pategi was said to have, on August 10, 2016, entered a bail bond of N650m to secure an administrative bail for Akinjinde, but the former minister was said to have jumped the bail.

The EFCC said Akinjide’s non-appearance had stalled her arraignment in the charge marked FHC/IB/26C/2017 before the Federal High Court in Ibadan with the court threatening to strike out the charge should the EFCC fail to produce her.

On Friday, the anti-graft agency dragged Pategi before the magistrate court in Lagos, asking him to show cause why he should not forfeit the N650m to the Federal Government.

Counsel for the EFCC, Rotimi Oyedepo, said the motion on notice seeking forfeiture of Aliyu’s N650m was filed pursuant to Section 6(6) of the constitution and Section 132 (1) -(3) of the Administration of Criminal Justice Act.

In a six-paragraph affidavit filed in support of the motion on notice, an operative of the EFCC, Danladi Daniel, said “That an intelligent report was received sometime in 2016 that Oloye Jumoke Akinjide and others benefited the total some of N650m from the proceeds of gratification received by the former Minister of Petroleum Resources, Mrs. Diezani Alison-Madueke, from various oil marketers such as Northern Belt Oil and Gas Company; Actus Integrated Investment Limited; Midwestern Oil and Gas Company Limited and Adesanya Leno Olaitan which money were kept with Fidelity Bank.

“That on the 9th of August, 2016, the respondent herein (Aliyu) approached our office with a written application seeking for the bail of Oloye Olajumoke Akinjide with the undertaking to produce her whenever her attention is needed.”

Daniel said Aliyu’s application for Akinjide’s bail was approved and he entered a bail bond of N650m stating that he would forfeit the sum should Akinjide jump the bail.

He said upon conclusion of investigation, the EFCC filed a charge marked FHC/IB/26c/2017 against Akinjide and two others.

They were charged with 24 counts bordering on money laundering.

He, however, said, “all efforts made by officers of the application (EFCC) to get Oloye Jumoke Akinjide to come and stand her criminal trial proved abortive and we have contacted the respondent herein (Aliyu) who stood as her surety to produce Oloye Jumoke Akinjide in accordance with the terms of the bond but he has woefully failed to do so.

“The applicant (EFCC) has now brought this application seeking the forfeiture of the recognisance entered by the respondent (Aliyu) on behalf of Oloye Jumoke Akinjide.”

After hearing the application on Friday, the magistrate, Botoku, adjourned till June 20, 2017 for ruling.

Aliyu’s counsel, Adenrele Adegborioye, made an oral application for the release of his client, urging the court to note his status of as a federal lawmaker.

But the magistrate, who insisted that the bail application had to be formally made, ordered that Aliyu should be remanded in the custody of the EFCC.