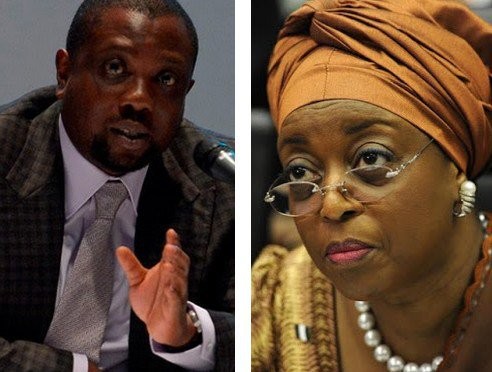 UK, US, EFCC to harmonise investigations

Two Economic and Financial Crimes Commission (EFCC) detectives have been dispatched to the United Kingdom (UK) with more evidence in the investigation of former Petroleum Resources Minister Diezani Alison-Madueke, The Nation learnt at the weekend.

Mrs Alison-Madueke, who has temporarily forfeited some assets, may lose  five more. The assets are under verification.

The anti-graft agency is also investigating the ex-minister on the whereabouts of $15.8billion NLNG dividends.

She is being investigated alongside some former officials of the Nigerian National Petroleum Corporation (NNPC) and the Nigerian Petroleum Development Company (NPDC), which is the upstream arm of the NNPC in charge of oil exploration and production.

But the United States, the UK, the EFCC and other agencies in some jurisdictions may harmonise the investigations.

A source in EFCC said: “You know the Department of Justice (DOJ) in the United States released the details of the underhand deals surrounding the oil contracts bordering on the implication of the ex-Minister and two associates -Chief Jide Omokore and Kola Aluko.

“What the DOJ released was just a fraction of corruption-related allegations against Mrs. Alison-Madueke. More revelations will soon be out from the EFCC and after the outcome of the investigation by the National Crime Agency( NCA) in the UK.”

Responding to a question, the source added: “The EFCC has gone far in probing the whereabouts of about $15.8billion NLNG dividends  between 2000 and 2014.

“In an audit report sent to EFCC by the Nigerian Extractive Industry Transparency Initiative( NEITI), it was indicated that ‘it is doubtful if the entire $15.8 billion due from 2000 to 2014 is still intact’.

“Also, about  $7.85 billion out of the dividends was allegedly withdrawn in 2011 under the guise of funding Brass LNG Project.”

Five more choice properties belonging to the former minister are said to have been identified.

“We are trying to verify these assets and they will soone be confiscated in line with Section 7 of the EFCC Act,” another source, lwho pleaded ,not to be named so as not to jeopardise the investigation said.

Section 7  states: “The commission has power to (a) cause any investigations to be conducted as to whether any person, corporate body or organisation has committed any offence under this Act or other law relating to economic and financial crimes.

“(b) Cause investigations to be conducted into the properties of any person if it appears to the commission that the person’s lifestyle and extent of the properties are not justified by his source of income.”

Sections 28 and 34 of the EFCC (Establishment Act) 2004 and Section 13(1) of the Federal High Court Act, 2004 empower the anti-graft agency to invoke the Interim Assets Forfeiture Clause.

“Section 28 of the EFCC Act reads: ‘Where a person is arrested for an offence under this Act, the Commission shall immediately trace and attach all the assets and properties of the person acquired as a result of such economic or financial crime and shall thereafter cause to be obtained an interim attachment order from the Court.’

Section 13 of the Federal High Court Act reads in part : “The Court may grant an injunction or appoint a receiver by an interlocutory order in all cases in which it appears to the Court to be just or convenient so to do.

(2)  Any such order may be made either unconditionally or on such terms and conditions as the Court thinks just.”

EFCC Acting Chairman Ibrahim Magu is in Port Harcourt for what a source described as a “morale booster”trip following the recent shooting of an official.

The source added: “There are many high-profile suspects from Rivers-Bayelsa axis whose properties have been seized. Those concerned are ex-First Lady Patience Jonathan, some former presidential aides and Diezani, among others.

“The EFCC chairman will assess some of the seized assets. We have already handed over some of the assets to some firms to manage.

“Apart from meeting critical stakeholders, Magu will also pay a morale booster visit to to some staff in the Port Harcourt zone who are constantly being attacked, harassed and intimidated”.

Italian man having coffee in a bar moments before killing his Nigerian wife, Amenze Rita

“You have been a worthy partner through the past 5 years” – Zahra Buhari praises her husband, Ahmed Indimi

#BBNaija: Jackie B and JayPaul evicted from Big Brother house

All out-war with Russia is possible – Ukraine’s president Zelensky