Did you know Hugh Hefner’s first wife Cheated on Him, which Birthed his Playboy Lifestyle? 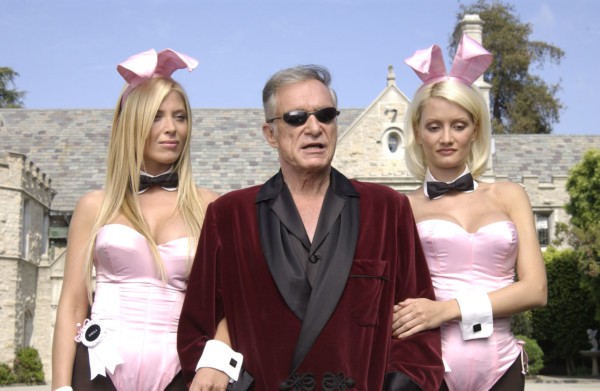 Playboy founder Hugh Hefner died on Thursday of natural causes at the age of 91.

But before all that…

A 23-year-old Hugh Hefner married Mildred Williams in 1949 with the belief that both of them had “saved themselves” for one another.

The two had met a few years earlier in college, The Sun reports. Then Hefner went to serve in the US military, in the Second World War. He said:

I think the relationship was probably held together by two years of foreplay.

That wasn’t unusual for our time. In fact, most of my immediate friends didn’t have sex until they married. Milly and I had it just before.

But after the two had sex, after their wedding, Hefner discovered his new wife had had sex with another man while he fought in the war.

I had literally saved myself for my wife, but after we had sex she told me that she’d had an affair. That was the most devastating moment in my life.

My wife was more sexually experienced than I was. After that, I always felt in a sense that the other guy was in bed with us, too.

Four years after, Hefner founded Playboy Magazine with a £6,000 loan, including £750 from his mum.

The marriage went on to last 6 more years, before crashing, the two going their separate ways, after having 2 children.