Deployment of Armed Forces to over 28 states worrisome —Dogara 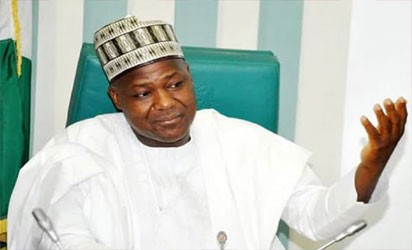 ABUJA — Speaker of the House of Representatives,  Yakubu Dogara, said, yesterday, it was worrisome that the Federal Government has deployed the Armed Forces in more than 28 states of the federation.

In an address presented at a Capacity Building/Needs Assessment Workshop with Security Sector Related Committees in the House of Representatives, organised by Policy and Legal Advocacy Centre, PLAC, the Speaker said he was concerned that the Armed Forces had taken over routine police work.

He said: “It is worrisome that Nigeria is permanently in a state of emergency as the Armed Forces are deployed in more than 28 states of the federation in peacetime.

“The Armed Forces have virtually taken over routine Police work in Nigeria. It is no longer acting in aid of civil authorities but has become the civil authority itself.”

Dogara said the National Assembly, as an arm of government, made efforts to ensure that budgetary needs of the security sector were met.

“At the inception of the 8th House of Representatives in 2015, we adopted a Legislative Agenda to guide the work of the House and therein, committed to taking legislative initiatives to respond to the various security challenges being faced by the country,” he said.

In his remarks, Executive Director of PLAC, Mr. Clement Nwankwo, said members of the National Assembly had a critical role in championing popular demand for increased security sector accountability, in a way that preserved constructive relationships with institutions and help improve their capacity to deliver effective, responsive and responsible services to citizens.