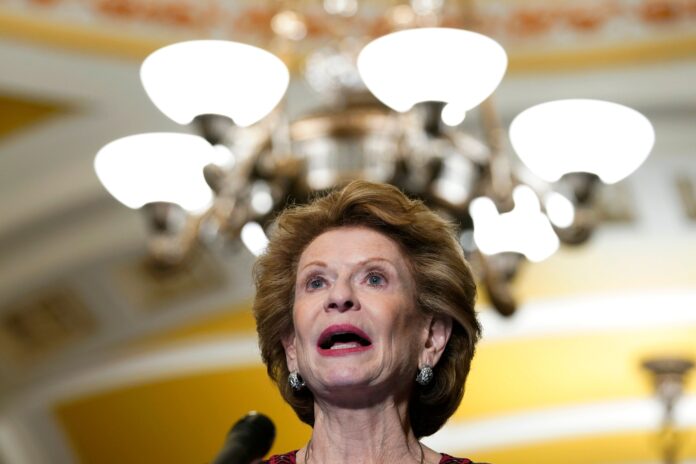 By Terry Paul
January 16, 2023
Sen. Debbie Stabenow (D-Mich.) on Sunday said she is “concerned” the discovery of classified documents in President Joe Biden’s home and office gives Republicans an opportunity to create chaos and distract from issues Americans care about.

The GOP has seized on the discoveries to claim a double standard, even though Biden has fully cooperated with authorities, has taken no efforts to conceal the findings and the number of documents is much smaller than the trove found in former President Donald Trump’s possession.

Also read: The Temptations To Bring Motown To Beverly Hills

“They don’t want to talk with us about how to move the country forward,” Stabenow said of Republicans on NBC’s “Meet The Press.” “And I can tell you people in Michigan, they want folks that are going together, get things done, that care about their families and aren’t interested in all of this just chaos and investigations. Which is where the Republicans feel comfortable, unfortunately.”

Asked if Biden should reconsider his earlier statement that Trump’s handling of classified documents was careless, now that he has been found in possession of top secret files, Stabenow replied: “Well, it’s certainly embarrassing. Right?”

She continued: “I mean, it’s embarrassing that you would find a small number of documents, certainly not on purpose. They don’t think it’s the right thing and they have been moving to correct it, working with the Department of Justice, working with everyone involved with the archives.”

Attorney General Merrick Garland has appointed a special counsel to investigate. Trump is under criminal investigation for removing highly classified documents from the White House and refusing demands to return them.

Stabenow, who has announced she is retiring in 2024, opening up a Senate seat in an important swing state that has leaned Democratic in the past few elections, was also asked to weigh in on Arizona Sen. Kyrsten Sinema’s decision to leave the Democratic Party and change her party affiliation to independent.

Stabenow did not directly answer whether Democrats should still support a potential reelection bid by Sinema in 2024 but praised the lawmaker for her work on gun safety legislation.

“We’ll see going down the road how all of this plays out. I think it’s very, very early,” Stabenow said.