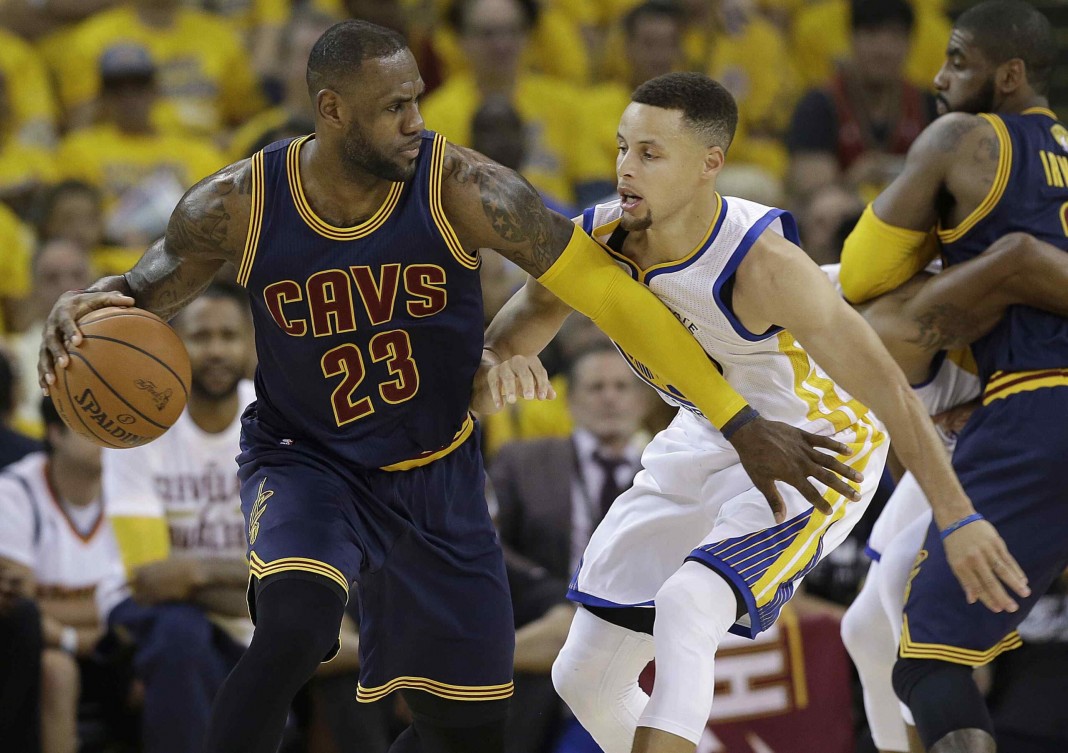 INDEPENDENCE, Ohio (AP) — Vegas is betting against them and the bookies are hardly alone.

Let’s be honest, not many are giving the Cavaliers much of a chance in the NBA Finals. They may be defending champions and they may have LeBron James, but against Golden State, they are definite underdogs.

Just don’t try to tell them that.

”The whole underdog thing is funny to me, because yeah, at the end of the day we are defending our title,” Cavs forward Kevin Love said following Saturday’s practice. ”We’re trying to repeat, which is so hard to do. I think we will use it as fuel. We will use it as motivation, but the idea of playing into it? It’s tough for me to say that is the case. I don’t feel like we’re underdogs.

”We match up well with them and I think they’d say the same about us.”

Maybe, but as the teams gear up for Thursday night’s series opener in Oakland, comments made by Warriors forward Draymond Green in October are reverberating around Cleveland.

Still stinging after the Warriors blew a 3-1 lead in last year’s Finals against Cleveland, the vociferous Green, who was suspended from Game 5, said if given the chance again, he plans to ”destroy and annihilate” the Cavs.

”He’s a guy who said he wanted us,” Love said, ”and he has us – starting next Thursday.”

Act III in this trilogy is overloaded with story lines, with the biggest being whether James and Co. have enough firepower to go toe-to-toe with the Warriors, who added superstar Kevin Durant to a team that won 73 games a year ago before its Finals flameout.

Golden State has glowed in this postseason, becoming the first team to start 12-0 while winning by an average of 16.3 points per game – the highest margin league history. It’s no wonder then that the wise guys have installed the Warriors as heavy favorites to beat the Cavs for the second time in three years and wrestle back the Larry O’Brien Trophy that slipped through their hands last June.

James referred to the Warriors as only ”that juggernaut” and ”a beast” following Thursday’s Game 5 in at Boston, a night in which he passed Michael Jordan as the career postseason scoring leader.

James elected not to talk about the Warriors following the game, choosing instead to celebrate a third straight conference title in Cleveland and his seventh consecutive Finals trip. James didn’t speak to reporters on Saturday either, leaving Love to serve as the team’s unofficial spokesman as the sports world inched closer to a matchup that seemed destined from the moment last season’s Finals ended.

Love was asked if the Cavs wanted the Warriors.

”Want the Warriors?” he said. ”They’ve been right at the top, best team in the league for three years straight now. They’ve been super-impressive. It’s kind of in our minds that that’s who we were going to see. They played great basketball this year. Obviously adding an MVP to a team that already has a two-time MVP makes them even more impressive. It’s tough to say that we didn’t expect it; we knew they’d be right there.”

Lue knows the Cavs are facing a difficult task, one made tougher with the addition of the versatile Durant, who can score down low, from the perimeter and free-throw line.

The Warriors are using Durant the way he envisioned, but Lue has noticed changes in the All-Star.

”He’s moving around a lot more,” he said. ”Just watching him move without the basketball, getting easy baskets off of cuts and splits and when he passes the ball he’s also relocating now. He’s doing a lot more movement, which makes it even tougher to guard after being one of the tougher scorers I’ve ever seen.”

Lue said he didn’t deliver any inspiring speech to his players before practice.

Words don’t mean much now – not his, not Green’s – and neither do underdog labels.

”We’re not going to use that as motivation,” Lue said. ”We’re in the NBA Finals. That’s enough motivation alone. Not worry about what it says in Vegas or what people are saying about underdogs. We’re not using that as an excuse. We’ve got to come out and play. Our goals were set at the beginning of the season, and that’s to win a championship. So, that’s what we’re focused on.”

And remember, the Cavs have overcome long odds before.