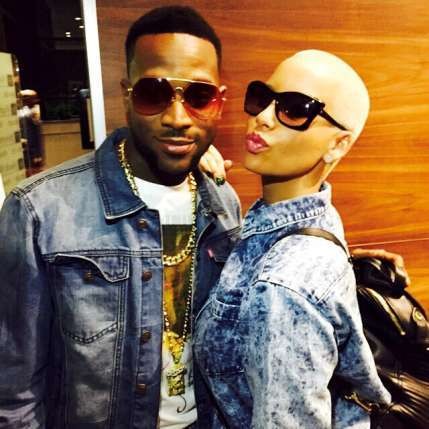 D’banj says business is booming because of his kokolettes despite him being a settled man.

D’banj who is now a married man has said that the kokolettes still play a big part in his business.

The pop star who welcomed a baby boy in May 2017, spoke about his marriage and ‘kokolettes‘ during an interview with THE NET.

When he was asked if marriage has stopped him from seeing his kokolettes, D’banj said “I think it’s only my wife you can ask that question. How will that affect the Koko? In fact, the kokolettes are the reason why business is booming.”

D’banj, however, didn’t dispute the fact that he’s not fazed by the attention he gets from women, let alone get in the way of his happy family life. He thinks it’s important to strike a balance between marriage and being a rock star of sorts.

“Like I said, I am a married man now. I must know how to draw the balance now since I have Daniel the third. You should see him, he is really cute,” he said.

A happy D’banj smiles at his new born child, Daniel.

It was widely reported that the singer got married secretly to Didi Killgrow in September 2016.

D’banj, recently got into a chat with members of UK and US music collective, The Fedz, on Spindle’s “Artist on Artist” session, where his career inspiration became a subject.

The singer who dropped a new album, “King Don Come” on August 25, 2017, revealed that he finds motivation in everyone including artistes younger than he is.

He recounted a story about signing Davido with a Rolex in the year 2014, but that only proved to be a temporary arrangement after the latter’s parents insisted that he must go to school.

The MTV Europe Music Award winner is however appreciative of the fact that Davido went on to join the hierarchy of top musical talents in Nigeria and indeed Africa.