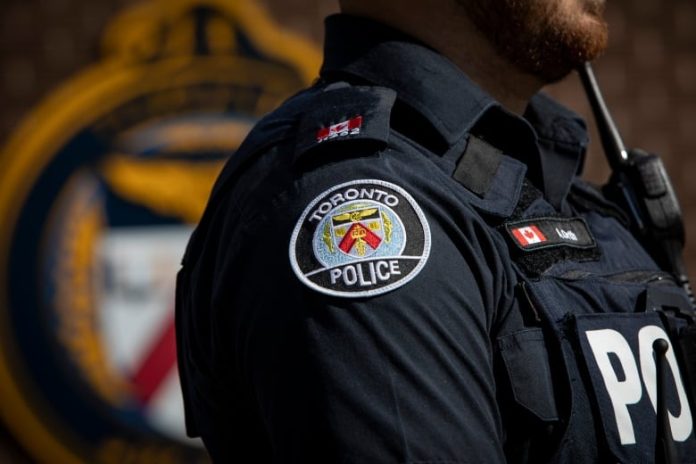 The children call them their “war scars.”

They are reminders imprinted on their bodies — the scabbed-over remnants of years of prolonged abuse at the hands of their father and stepmother.

Now, brothers Diego and Liam, who were just 10 and 13 years old respectively when their ordeal started in 2016, are inching closer to justice as sentencing hearings were held last week for their father and stepmother in Superior Court in Toronto.

CBC News is using pseudonyms for the brothers as well as the offenders. Their identities are covered under a publication ban meant to protect the victims.

The hearings are one of the final steps in proceedings that began in the fall of 2021, in what Crown attorneys have categorized as a “torture campaign” against two young boys who were beaten, burned, sleep deprived, starved, and hung by their hands and feet in the basement of a Toronto home at various points from the summer of 2016 to June of 2019, when one boy managed to escape and alert authorities.

And though children’s aid was notified multiple times about the possibility of abuse in the family’s home, subsequent investigations didn’t lead to the brothers’ rescue, leaving outside family members to wonder how obvious signs of trauma weren’t sufficient for intervention by an agency meant to keep kids safe.

“We weren’t able to be regular brothers. We were survival partners,” Diego wrote in a victim impact statement, which was read out in court during his stepmother’s sentencing hearing last week.

“It allowed us to be open with each other, but we were always in survival mode.”

‘Punishments’ began after move to Canada

In September 2021, the boy’s father, Gabriel, pleaded guilty to a host of charges, including assault with a weapon, aggravated assault and criminal negligence causing bodily harm. Their stepmother, Sofia, was later found guilty of similar charges at a judge-alone trial before Ontario Superior Court Justice Kelly Byrne in May.

The abuse began in August of 2016. That’s when Diego, Liam and their father moved from Mexico to Toronto to live with his new wife and her two children from a previous relationship.

Court documents show that shortly after arriving in Canada, both boys began to be severely abused by their father and stepmother. All contact was cut off with their grandmother, aunt and uncle in Ontario, as well as their mother, who remained in Mexico.

The boys endured frequent “punishments,” court documents show, which were often carried out by their father at their stepmother’s direction — though Sofia also assaulted them herself, court heard.

In her decision, Byrne said both parties were equally culpable. In sentencing submissions entered at Gabriel’s hearing, however, both the Crown and defence maintained Sofia was the architect, and she pressured Gabriel to carry out much of the abuse through fear and intimidation, as his sponsor in the country.

The home quickly began to feel like a living hell, Liam testified during his stepmother’s trial.

“At the time, I was really scared. That would be the best way to describe it — being afraid of home,” he wrote in a victim impact statement entered as evidence at her sentencing hearing.

“I was afraid of the people you shouldn’t be afraid of.”

I was afraid of the people you shouldn’t be afraid of.​​​​​– Liam

Court heard the brothers were hit with a belt and a metal spoon, had their fingers squeezed with pliers and were cut with kitchen knives, among other assaults.

On Halloween in 2018, Liam was forced to submerge his feet into scalding hot water — something that left him with burns and scarring that ultimately required plastic surgery.

The boys’ food was restricted and they lost a significant amount of weight, while Sofia’s children were provided with enough nutrition, court heard.

Diego and Liam were only allowed to sleep at night while Sofia worked night shifts if they had her permission, which she monitored through two surveillance cameras, the court also heard.

Another punishment used for about a six-month period, court heard, was for their father or stepmother to hang the boys, usually by their ankles, from the rafters in the basement of the home for hours at a time.

One evening in June of 2019, after a fight with Sofia over being hung in the basement, Liam ran from the home and hid under a parked car until 5 a.m. He then made his way to a library, where he waited until it opened and tracked down his mother on Facebook. She alerted her mother in Ontario, who in turn notified police. His brother was subsequently rescued from the home.

The two brothers now live with their grandmother in Ontario, who said that she endured a “roller coaster of emotions” about their treatment.

“I lost trust in humanity,” she wrote in a victim impact statement, where she also detailed the boys’ “war scars.”

“I can’t understand how a human being could do this to other human beings, especially children.”

There were many signs that something was wrong in the home over the years — teachers and education workers noticed injuries, improper clothing and evidence the brothers were malnourished.

Concerns were forwarded to the Catholic Children’s Aid Society of Toronto (CCAS), which conducted multiple investigations into the family. Court documents show Sofia explained away any injuries, and coached the boys as to what to say when speaking to a doctor or others.

“Everything was scripted — I was told what to say and not to say,” Diego said in his victim impact statement.

In her decision, Byrne noted that in one instance, educators were told by CCAS that “there would be no further investigation and the school was not to contact them about this family moving forward.”

In this case, we felt that we did all the steps that we could.– Mark Kartusch, Catholic Children’s Aid Society of Toronto executive director

Educators were also told by CCAS that “everything was fine in the home,” Byrne wrote.

“They could not have been more wrong,” she said.

Mark Kartusch, executive director of the Catholic Children’s Aid Society of Toronto, told CBC News in an interview that he feels for the boys given the abuse they endured.

The organization conducted a review of the case in 2019, and Kartusch said he stands behind the work conducted by investigators.

“I don’t think it’s fair to be held accountable for things that we only know in hindsight,” he said. “Obviously if we knew what we know today, we would have taken very different action. But we simply didn’t have all that information.”

At their sentencing hearings last week, both Gabriel and Sofia were given the opportunity to speak. Only Gabriel did.

“I was really scared … and I do want to ask my sons for their pardon, for what I did to them, which I never should have done,” he said, speaking through an interpreter.

In sentencing submissions, Assistant Crown Attorney Brigid McCallum said she was seeking 20 years for Sofia, saying her “horrendous behaviour” needs to be denounced.

Defence lawyer Ingrid Grant, meanwhile, argued a sentence of seven to eight years would be sufficient.

The Crown is seeking a much lighter sentence for Gabriel, bringing forth a joint sentencing submission with defence lawyer Paul Mergler of seven years, minus time served. The discrepancy in sentence, both sides argued, was driven by Sofia orchestrating the abuse.

‘I feel like I lost my dad,’ son says

Mergler said Gabriel was “cowardly” and “submissive” when abusing his sons at his wife’s behest.

“Clearly he failed miserably as a human being and as a parent,” he said.

In his victim impact statement read out at his father’s hearing, Liam said he believes Gabriel isn’t evil.

“I think [Sofia] was the driving force behind his actions,” he wrote.

“I feel like I lost my dad,” Diego wrote — a statement that left his father crying and holding his hands over his eyes as it was read out in court.

Now, Sofia and Gabriel’s fate is in Justice Byrne’s hands, as she decides their sentences — though at Gabriel’s hearing, the judge said she was “deeply concerned about the disparity” in the sentences being sought for both offenders, seeing as she found in her decision that they were equally responsible.

“It seems to me … that [Gabriel] should have elevated himself to be the protector of those children,” Byrne said.

“They expected protection from him. That was his role.”

Byrne is scheduled to deliver her sentences in late October.