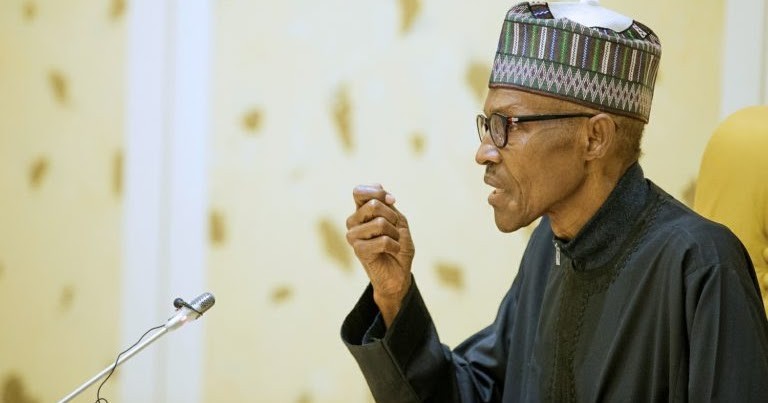 Today makes it 50 days since President Muhammadu Buhari left the country for the United Kingdom on a medical vacation, yet Nigerians still do not know the President’s ailment, the treatment he travelled for and when he will be back.

Some Nigerians, who spoke to SUNDAY PUNCH on Saturday, expressed dissatisfaction with the refusal of the Presidency to update citizens on the President’s health and treatment.

Those who spoke with SUNDAY PUNCH, including the Yoruba Council of Elders, Afenifere, Ohanaeze Ndigbo, Urhobo Progress Union, the Ijaw National Congress, prominent elder statesmen, professional and religious bodies, said Nigerians deserved to know exactly how their president is faring.

Speaking with one of our correspondents, the Secretary General of the YCE, Dr. Kunle Olajide, who spoke on behalf of the elders, said the presidency should not have kept Nigerians in the dark over Buhari’s health.  He said, “It is worrisome that Nigerians are kept in absolute darkness about the whereabouts and medical status of their president.

“We need periodic information about all these questions. This will keep Nigerians abreast (of developments) and make them sympathise with the president. What happens to the president of a country cannot be kept private or secret.”

The Pan-Igbo group, Ohanaeze Ndigbo, also said it was wrong of the ‘cabal’ to keep Nigerians in the dark concerning Buhari’s health.

Reacting to Buhari’s prolonged absence and the secrecy surrounding his health, the Deputy Publicity Secretary of Ohanaeze,  Mr. Chuks Ibegbu, told one of our correspondents in Enugu that the silence of the President’s handlers had become a ‘security threat.’

“The silence and confusion surrounding Mr. President’s health is a security threat. It is generating tension and anxiety in the country and already you can see that some elements are capitalising on the situation to threaten public peace and security.

“In the same vein, if Mr. President is capable of talking, he should douse the tension by talking to Nigerians from wherever he is and tell us his exact condition of health. We don’t want a repeat of the late President Umaru Yar’Adua’s scenario.”

The National Coordinator of the Yoruba Progressive Movement, Oladosu Oladapo, called on the Senate to be alive to its responsibility of taking necessary action to ascertain the President’s ability to continue in office after a certain period of absence.

He said, “The constitution is clear on all issues that are causing apprehension among Nigerians. That is why we have the vice president and the constitution empowers him to act in the president’s absence.

“The maximum (period) that he (president) can stay out of office in this case is 60 days, after which the Senate can make necessary moves to ascertain the president’s condition.”

An elder statesman and former Kaduna State Governor, Balarabe Musa, asked Nigerians to approach the National Assembly to seek necessary information about the President’s health since his aides were not willing to talk about it.

The Yoruba socio-cultural group, Afenifere, said it was clear that Buhari did not properly hand over to Acting President, Yemi Osinbajo.

This, according to the group, had frustrated the execution of some vital developmental projects in the country.

Speaking with SUNDAY PUNCH, Afenifere spokesperson, Yinka Odumakin, urged the president to resign if he could no longer function, owing to his ill health.

The group also advised the President to declare the actual state of his health.

He said, “ He (Buhari) should be in a situation to evaluate how long he can continue to meander through this and take a patriotic decision in terms of letting go of presidential powers so that the country can move forward.

“The acting president is pretending that he cannot find the cabal. But Nigerians have seen the cabal in operation; the fact that he (Osinbajo) cannot swear in ministers after many days of being cleared speaks volume.”

In the same vein, Afenifere leader, Chief Ayo Adebanjo, said it was not right to keep Nigerians in suspense over the state of the President’s health.

He said, “It is now left for the National Assembly to demand an official medical examination, whether he is still capable of ruling the country or not. That is the constitutional procedure. If he is not able to function in that capacity, he should hand over to the vice-president.

“It is too long a time for us not to have an official statement about his medical position and other information about his health. Impeachment is too strong a position to consider. If they weigh his medical position, and he is unfit to govern, he should resign. The constitution says, if he is not capable of performing his duties, he should resign.”

Similarly, the Secretary General of the group, Chief Sehinde Arogbofa, questioned the secrecy surrounding the whereabouts of President Buhari.

He said, “It is not new for somebody to be sick, but our people in Nigeria have forgotten that the President is public property.”

The OPC leader said,  “It is a pity that our president went for a medical trip and nobody knows the name of the hospital in which he was admitted in the UK.”

Mohammed said if the cabinet could not pronounce him unfit to govern, the National Assembly should commission a group of medical experts, among whom will be Buhari’s personal physician, to assess his health and see whether he is fit to govern or not.

He said, “The responsibility of any elected official is primarily to govern. The second is to be physically present and seen to maintain law and order and to guarantee the dignity of all Nigerians. The moment a president is unable to exercise this basic function, he has no reason to be there.”

Similarly, the leadership of the Ijaw National Congress expressed worry over the silence surrounding Buhari’s health and called on the President’s aides to publish a weekly bulletin on his health condition.

The INC spokesman, Mr. Miebaka Tamunomiebi, said, “As Nigerians, we should know. There should be weekly bulletins about the President’s health. They are spending state’s money. I heard that the plane that carried President Buhari to London is still at the airport waiting for him. An online medium published it.”

A chieftain of the Arewa Consultative Forum and spokesperson for the northern delegates at the 2014 National Conference, Anthony Sani, however, dismissed the hue and cry about the President’s health.

He said, “I remember when President Buhari returned from his first trip, he said he had never been so sick in his life and that he would be going back for further evaluation, which he has done and is still there.”

Another chieftain of the ACF, Mohammed Abdulrahman, told SUNDAY PUNCH that there was no need to raise the alarm over President Buhari’s stay in a London hospital.

“I am not bothered about the fact that President Muhammadu Buhari has been in a London hospital in the United Kingdom to care for his health. He will not survive if he stays in Nigeria. To be fair to him, he can stay in that hospital as long as he can be strong again.”

A former Minister of State for Education, Professor Jerry Agada, however, asked President Buhari to disclose his health status to Nigerians if he wanted the country to move forward.

Agada, who stated this in an interview with one of our correspondents in Makurdi, the Benue State capital, explained that either President Buhari’s aides or the President himself should endeavour to disclose his health status to clear all doubts and erase the rumours about his well-being.

In a similar vein, the Centre for Anti-Corruption and Open Leadership urged the Federal Government to disclose the state of the President’s health to Nigerians.

CACOL Director, Debo Adeniran, in an interview with one of our correspondents, said although there was no huge vacuum in governance, Nigerians deserved a “correct and accurate update” on their president’s health.

He said, “When the president was going away, he did not give us a definite time he was going to return. And Nigerians don’t deserve a weak president, who will only be a figurehead.”

The Director of Muslim Rights Concern, Professor Ishaq Akintola, however, argued that Buhari, was like every other mortal.

“He is a human being like us. President Buhari is not made of steel or iron. He can fall sick. We’re not bothered on how long he stays in the United Kingdom as long as he returns home healthy and strong. He’s not a lazy man. Nigerians love him and we will continue to pray on his behalf,” Akintola said.

But the President of the Christian Association of Nigeria, through its  Director of Legal and Public Affairs, Kwamkur Samuel, said Buhari’s absence had led to different interpretations among Nigerians.

“Nigerians of all faiths have been praying for the quick recovery and safe return of the President but worried that the Presidency is still concealing his actual health condition as against our earlier advice to the government that Nigerians need to know the medical situation of the President.

“He is our leader, the father of the land. The long silence and sometimes false presentation of issues on his health has given room for so much agitation and insinuations on the ability of the President to lead the nation to the Promised Land. If the Presidency is open to Nigerians on his health as expected, we would have been more focused in our prayers and support.  As Christians, we will not stop praying for the recovery of the President.”

Economists also lamented that the continued absence of President Buhari from the country could adversely affect Nigeria’s economic development.

A Professor of Economics, Sheriffdeen Tella, said, “No doubt, there are certain issues which the Acting President, Yemi Osinbajo, is not aware of that the President’s handlers want President Buhari to decide on directly. However, we should give credit to the acting president because of the way he has been handling the polity. We can’t rule out the fact that taking certain decisions is beyond Osinbajo.”

Also, speaking on the impact that the 50 days of Buhari’s absence from the country could have on the economy, another economist, Dr. Shadrack Madlion, said, “Without the President in town, we are faced with a dire situation.

“There is a serious economic implication that President Muhammadu Buhari is causing. It is that of food security. There are two ships out there which should bring in maize. We need at least 7.5 metric tonnes of that but we are only capable of producing about two metric tonnes. The Federal Government is running a campaign that we should grow what we eat. But at the moment, it appears we don’t have that capacity.”