Date for budget signing has not been fixed- Presidency says 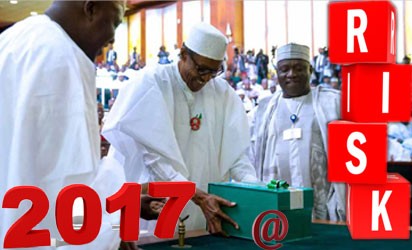 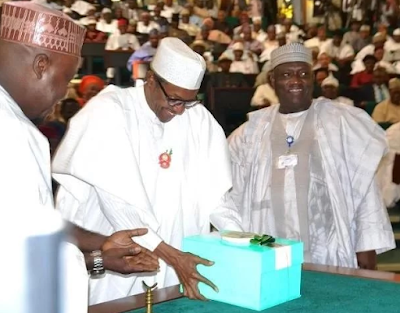 The Presidency says no date has been fixed yet for the signing of the 2017 budget by the acting president, Yemi Osinbajo. Some media platforms earlier today reported that the 2017 budget would be signed into law by the acting president tomorrow Thursday June 1st.
However the Senior Special Assistant to President Buhari on National Assembly Matters, Ita Enang, has denied the reports.
In an address to newsmen, Enang said that no date has been fixed yet as consultations regarding the budget is still ongoing.
Recall that some weeks ago, controversy surrounding who would sign the budget came up when Lai Mohammed told state house correspondents that when the senate sends the budget to the Presidency, the person to sign the budget would then be decided.
Enang, in an interview with Channels TV, said that President Buhari who is currently on medical leave in the UK would be the one to sign the budget, despite the fact that he has handed over power to Osinbajo by virtue of the letter he wrote to the National Assembly, announcing his travel to the UK for medical checkup. Enang however retracted his statement and said that Osinbajo would be the one to sign the budget.
Share
Facebook
Twitter
WhatsApp
Pinterest
Linkedin
ReddIt
Email
Print
Tumblr
Telegram
Mix
VK
Digg
LINE
Viber
Naver
Previous articleSinger August Alsina talks about the disease that’s making him constantly sick, says his ‘autoimmune system to fight against itself.’
Next articleKylie Jenner and her new man, Travis Scott spotted out again