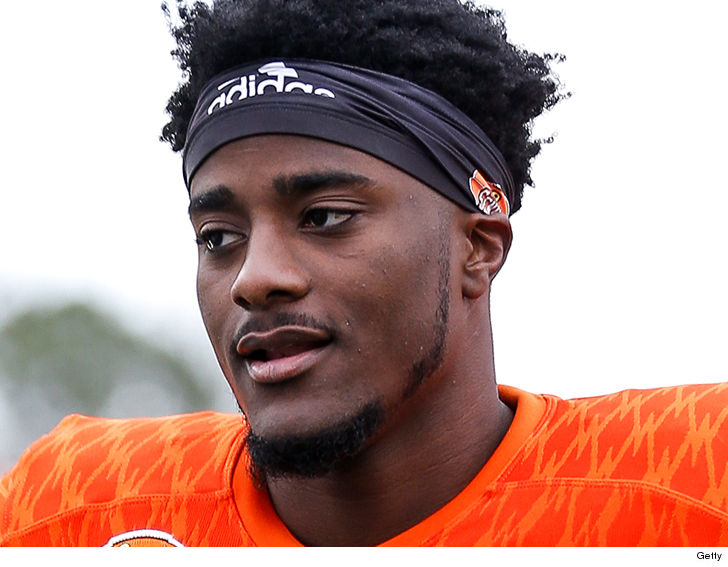 One less problem for the Dallas Cowboys …

Rookie cornerback Jourdan Lewis was just found not guilty of attacking his then-girlfriend after a 2-day domestic violence trial.

The 3rd round draft pick had been charged with domestic violence after allegedly roughing up his then-girlfriend at their apartment in Ann Arbor on March 15.

Lewis’ girlfriend told cops that the U of M cornerback threw pillows at her during a fight about the electricity bill and then locked himself in a closet for a while.

She said he then dragged her across the living room floor and grabbed her by the throat.

Lewis told cops she had been hitting him in the face, so he picked her up by the shoulders to try to get out of the room.

The case went to trial and a jury found him not guilty. After court, Lewis told the media, “I’m elated.”

Lewis’ attorney John Shea says, “It’s always gratifying to represent someone that you believe in and have the jury tell me I’m right.”

“We’re just happy it came out the way it did. He’s letting it sink in. He’s been under this cloud for awhile and he’ll need some time to put it behind him but this is a good first start.”