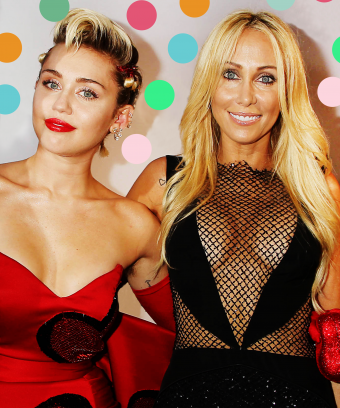 Cyrus Vs. Cyrus: Design and Conquer will feature Tish Cyrus, Brandi Cyrus and even Miley Cyrus and Billy Ray Cyrus, but don’t expect a Cyrus family reality show—this is an interior design show to its core.

“Over the years I, personally, have had many people come and want me to do reality shows based around the family. That was just something I never considered doing. It’s so much conflict and it’s so invasive into your personal life,” Tish told E! News during a recent interview.

However, somebody within the company she works with approached her about a design show. “I immediately just fell in love with it,” Tish said. “I really, truly, wanted it to be a true interior design show and not just a reality show.”

The series sees Tish and Brandi taking their passion for design to the streets of Nashville. In each episode, the mother-daughter duo present clients with competing ideas within a given budget for a room. Whichever design loses, the other person must put away any hard feelings and work with the winner to achieve the end result.

Tish, who said interior design has been a passion of hers for so long, said getting to work with Brandi “was just amazing.”

Brandi said working with her mom was “super fun,” but at times it was also “challenging.”

“We were under a lot of pressure when it came to time restraints and budget restrictions…We’re both the exact same. We’re both cranky, we’re both bossy at times. Sometimes we butt heads and you’ll see a little bit of that conflict on TV,” Brandi said.

While this isn’t a Cyrus family reality show, the various family members do make appearances throughout the series. Brandi said they were upfront that the show would just be the two of them, noting the busy schedule of her various family members, but once they started filming, “everybody wanted to be a part of it.”

“Organically, the entire family ended up on the show,” Brandi said.

Cyrus vs. Cyrus: Design and Conquer premieres Thursday, May 25 at 10 p.m. on Bravo.