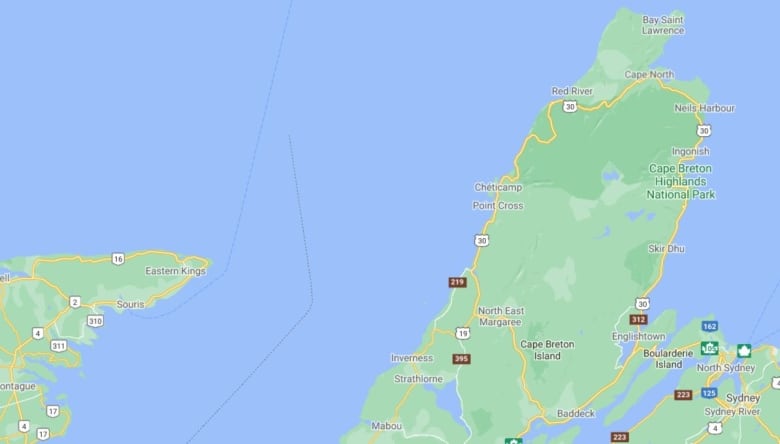 One crew member of the capsized FV Tyhawk fishing vessel is missing after an unsuccessful overnight search off the coast of Cape Breton, according to a 6 a.m. update from the Joint Rescue Coordination Centre in Halifax.

The JRCC got a call from the Tyhawk at 5:46 p.m. AT Saturday to say it was sinking, according to public affairs officer Lt.-Cmdr. Brian Owens. That call was cut short, Owens said.

The vessel had capsized, but four of the five crew members were pulled from the water by a local fishing boat that first located the Tyhawk.

The crew members were taken to hospital, but Owens had no comment on their condition.

As of 0600 ADT, the search for the missing member of the FV Tyhawk continues. Due to significant icing conditions and effect on both air and marine vessels, both the Cormorant and Hercules were unable to fly and returned to Greenwood.

“We haven’t seen any any indication of the fifth member yet, but we’re going to continue searching throughout the day, hopefully with some positive results,” Owens said Sunday morning.

A CH149 Cormorant helicopter and a CH130 Hercules aircraft, along with two coast guard ships, were sent to search for the missing crew member — the boat capsized about 30 kilometres west of Chéticamp, N.S., according to Owens.

The two helicopters have since been grounded and one coast guard ship departed the area due to deteriorating weather conditions. Owens said freezing rain and low cloud cover is making for poor visibility.

“This weather system that’s coming through Nova Scotia is hitting that area hard right now,” he said, adding that the situation will be reassessed hourly as the weather system passes.

One coast guard ship, the CCGS Cape Roger, is continuing the search Sunday.

The Tyhawk fishing vessel belongs to the Elsipogtog First Nation in New Brunswick, according to band councillor Ruth Levi.

Levi said the boat and its crew left waters near the community early Saturday to fish snow crab off Chéticamp. The season opened in the early hours of Saturday morning.