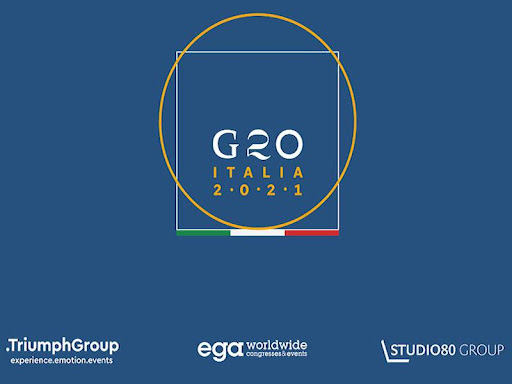 A meeting of the world’s top 20 health ministers took place in Rome on Sunday to discuss the next steps in the fight against covid.

According to Roberto Speranza, the Italian health minister, all of the conditions are in place for the Rome Pact, as it has been dubbed by the G20 minister

Also Read: Get Covid Jab Instead Of Waiting For Experts – Jeremy Hunt

It calls for more vaccines to be distributed to less-developed countries, based on the belief that vaccination is everyone’s right, not just some people’s privilege.

Health Minister Jens Spahn announced on the sidelines of the meeting that Germany plans to make 100 million doses of the coronavirus vaccine available for the international inoculation campaign by the end of the year.

That’s the same number of vaccines that have been administered in the United States, Spahn said, adding that the contribution will help achieve the goal of vaccinating 40% of the world’s population by 2022.

Also Read: Too Early To Give Covid Vaccine To Children Over The Age Of 12.

Spahn warned that the pandemic is only over when it’s over globally and that variants pose a threat if there’s no global response.

Many countries continue to face steep increases in cases and deaths, despite the fact that more than 5 billion vaccines have now been administered worldwide.

But almost 75 percent of those doses have been administered in just 10 countries. Africa has the lowest vaccination coverage at 2%. This is unacceptable.

We can still reach these targets, but only with the commitment and support of G20 countries.

As the largest producers, consumers, and donors of COVID-19 vaccines, you hold the key to achieving vaccine equity and ending the pandemic.

On October 30, G20 leaders will convene in Rome for their final ministerial meeting before G20 summit.

As part of the two-day meeting, participants will also discuss ways to prevent future pandemics, improve country preparedness, and improve access for scientists around the world.

The goal of the meeting is to “send a strong message of cooperation, solidarity, and justice, in the firm belief that nobody should be left behind,” according to its organizers.

Covid-19 digital vaccination certificates should be recognized by all G20 countries,

As a result, it is important to consider mutual recognition of vaccination. Such discussions are already taking place between Russia and the EU, but so far without results.

As the pandemic develops in the coming months, both Spahn and Speranza stressed the importance of vaccination.

Germany and Europe will now decide in September how safely to get through autumn and winter, Spahn said. Another 5 million vaccinations are needed in Germany to get us through the next few months.

It was suggested by Speranza that, should vaccination campaigns stagnate, restrictions could be reinstituted.

Corriere della Sera quoted Speranza as saying that “either the vaccination campaign is re-energized or we must imagine that at some future point, the old methods will be necessary.” The virus is still very much alive and well.

Speranza had invited mental health experts to speak before the meeting. “Without complete mental health, there is no health and well-being,” he said. As the pandemic has progressed, this has become increasingly important.