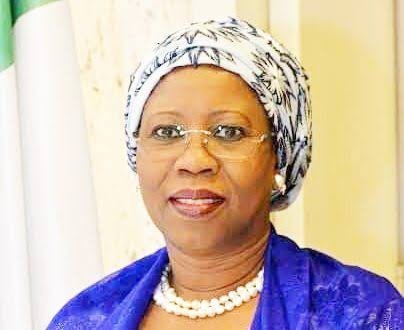 According to the minister, the COVID-19 Relief funds cannot be distributed to everyone.

Mariam Katagum is the Minister of State for Industry, Trade and Investment at the Federal Ministry. She has stated that not everyone will be able to benefit from the MSME Survival Fund Scheme.

This plan, which was approved by the Federal Executive Council in July 2020, consists of five tracks.

Katagum said the federal government has so far disbursed $1.2 billion in grants.

“Not everyone will benefit from this. Our database is based on a first-come, first-served basis. Informing you of our large waiting list is all I’m trying to do,” she said.

While implementing the scheme, Ms. Katagum said, “the steering committee experienced some setbacks.”

She cited failed payments, bank interconnectivity issues, and incorrect bank information on the part of the applicants as examples.

When the minister was asked about complaints that the program wasn’t well-publicized, he pointed out that the committee had broadcast radio jingles and held town hall meetings, as well as printed flyers in multiple languages and distributed them in parks.

Also read: Top PDP Leaders That May Move To APC Before 2023 Elections

As well, she revealed that beneficiaries weren’t given cash but rather had their money deposited into their bank accounts instead.

“Nobody has ever collected money on behalf of another individual. The truth is, some people don’t want their neighbors to know that they’ve actually received this money. Several people came forward and admitted their guilt. They’ll tell you that it was my friend who told me about the story. ‘My friend didn’t get it, but I did so they don’t tell.'”

This is because the federal government will remove sensitive information before making it public.

Giving an overview of previous programs, she noted that only 459,334 people have benefited from the Payroll Support Program, which had a target of 500,000 beneficiaries spread across 36 states and the FCT

There are 43 percent female-owned companies and 3 percent special needs businesses, she said.

The initial target for the Artisan and Transport Scheme was 333,000 beneficiaries, but only 293,336 took part across the 36 states and the FCT.

To date, 244,162 small and growing businesses in 36 states and the FCT have been successfully registered under the CAC Formalization Support Scheme.

Lastly, the General MSME Grants Scheme had a target of 100,000 MSMEs, and they have provided grants to a total of 82,491 MSMEs to date, according to the government.

They have all “produced positive results that are verifiable and quantifiable and the impact is huge,” according to her.

Also Read: Yobe At 30: ‘We Pressed For Creation Of Our State To Bring Development Close – Senate President

The multi-stakeholder team led by officials from the Federal Ministry of Finance, Budget, and National Planning is already conducting an independent Monitoring and Evaluation of the Scheme which began on August 6 and would end on September 10.