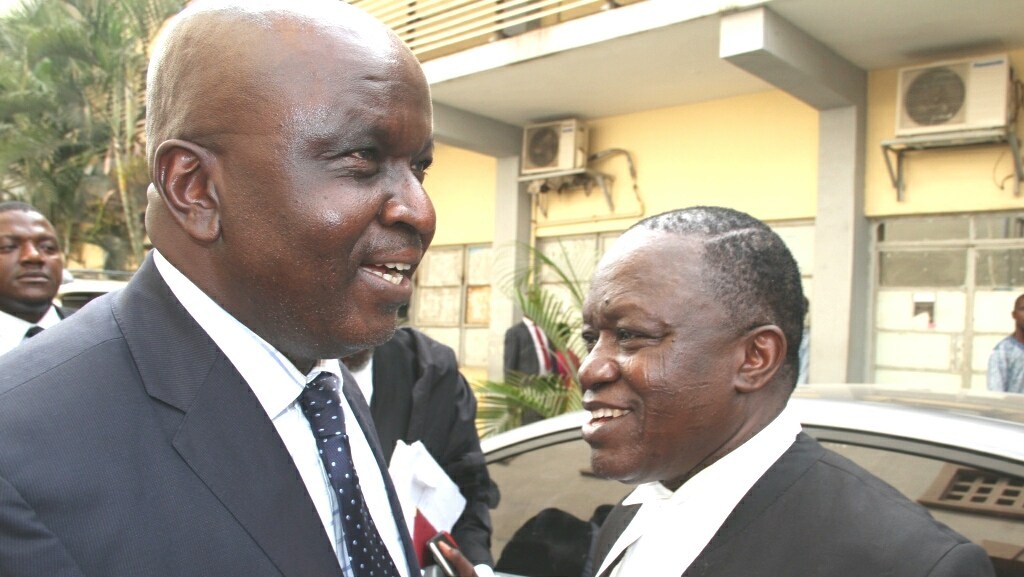 Justice Mohammed Idris of the Lagos Division of the Federal High Court on Wednesday ruled that he had jurisdiction in the trial of a staff of the Independent National Electoral Commission, Christian Nwosu, who was accused of receiving N30 million as bribe.

The defendant had earlier admitted to collecting the money as he sought for a plea bargain arrangement with the Economic and Financial Crimes Commission. But following the judge’s rejection of the terms of the agreement, Mr. Nwosu reversed his “guilty” plea to “not guilty”.

He was subsequently arraigned alongside another INEC staff, Tijani Bashir, on an amended six-count charge bordering on receiving gratification to the tune of N264.8 million.

They pleaded not guilty to the charges.

A third defendant, Yisa Adedoyin, another staff of the Commission, pleaded guilty to one of the counts, receiving N70 million from the alleged Mrs. Alison-Madueke’s bribe.

After their re-arraigment three weeks ago, Rotimi Oyedepo, counsel to the EFCC, urged the court to return the matter to the Chief Judge of the Federal High Court for re-assignment to another judge on the grounds that Mr. Idris had earlier convicted Mr. Nwosu.

Mr. Oyedepo had argued that in the event of an accused pleading not guilty after pleading guilty, the Administration of Criminal Justice Act states that such a matter be re-assigned to another judge.

But Mr. Nwosu’s lawyer, Victor Opara, had responded that the court assumed jurisdiction of the matter the moment the defendant’s plea was taking based on the amended charges filed against them.

In his ruling on Wednesday, the judge held that since the prosecution had amended the charges and arraigned the defendant based on that, the court would assume jurisdiction over the trial.

He granted bail to Mr. Nwosu in the sum of N10 million with two sureties who must have landed properties within the court’s jurisdiction; and adjourned till June 26, 28, and 29 for trial.

It would be recalled that Mr. Nwosu had pleaded guilty when he was first arraigned in April this year, prompting the judge to order the final forfeiture of his landed properties measuring 100ft by 80 and another measuring 100ft by 50, both situated at Oshimili North LG of Delta State as well as N5 million recovered from the accused.

However, following the judge’s refusal to agree on the terms of plea bargain reached by Mr. Nwosu and the EFCC, the accused reversed his ‘guilty’ plea to “not guilty.”