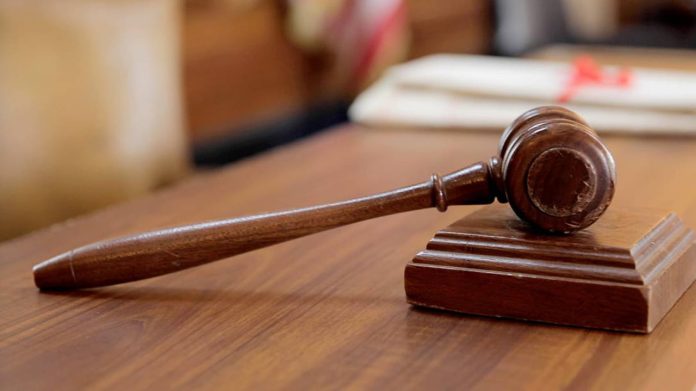 The federal high court sitting in Jalingo, the capital of Taraba State, has adjourned judgment indefinitely on the case between the Peoples Democratic Party (PDP) candidate for the state, Kefas Agbu, and an aggrieved governorship aspirant, Professor Jerome Nyameh.

This came shortly after the counsels to all parties adopted their written addresses before Justice Simeone Akpa Amobeda.

Also read: Lady recounts how she and other passengers were attacked by bandits in Kogi state

The pre-election case was instituted against the PDP guber candidate by Nyameh, on the ground that the candidate did not purchase the party’s expression of interest and nomination forms.

He was also of the view that the Independent National Electoral Commission (INEC), which ought to ensure the proper accreditation of delegates before the exercise, failed in that aspect.

Counsel to Nyameh, who urged the court to declare his client winner of the exercise, also held that the candidate did not appear before the governorship screening committee in Bauchi State.

In their adoption of written addresses, the counsels to Agbu urged the court to disregard Nyameh’s point of argument as “they all lacked merits.”

Asking the court to strike out the case in Agbu’s favour, the counsels made up of those of Agbu and INEC, said the candidate did not only fulfill all the requirements that he needed to contest for the party’s governorship ticket, but that INEC also carried out what was required of them during the said primary.

The court also adjourned indefinitely the case involving the two candidates of the Central Senatorial District of the All Progressives Congress (APC) for the state.

Both candidates, Senator Abubkar Tutare, it would be recalled, had earlier dragged Abba Bashir Marafa to court, challenging his emergence as the senatorial candidate of the party for the zone come next general elections.

Their suit was adjourned indefinitely for ruling after the adoption of their written addresses by their lawyers.

The judge however promised to communicate the date that would be set aside for judgment on both cases to all the counsels.