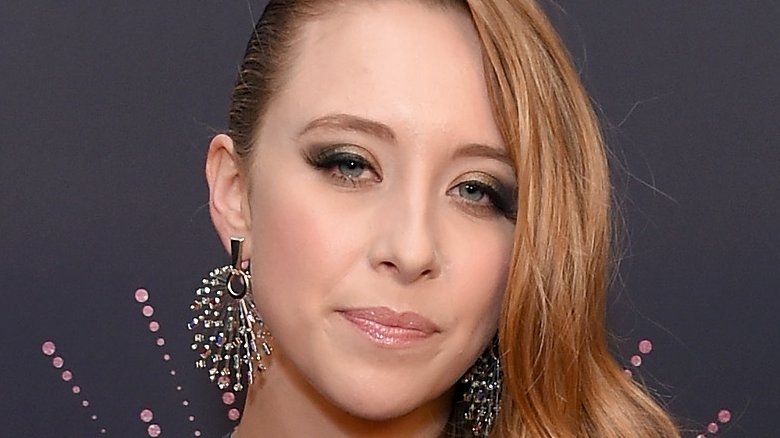 The “Fight Like a Girl” singer took to Twitter on Saturday, Jan. 5, 2019, to announce that Coffman died of a heroin overdose following a longtime battle with addiction. She was 37 years old.

“Today I lost my sister to a really long battle with addiction,” Shorr, 24, wrote to her 11,100 followers. “It really is a disease and it is so difficult to overcome. She just couldn’t beat it.” The singer-songwriter added, “Please hug your loved ones and be patient with people who are fighting their demons. Anger never helps but love does.”

In a follow-up tweet, Shorr wrote, “We are six days in and this has been the longest year of my life.”

After the sad news broke, a number of Shorr’s fans and music industry peers took to social media to rally around the singer and express their thoughts and condolences to her family — including music journalist Coti Howell, who tweeted, “Praying for you and your family, Kalie. I’m so sorry for your loss.” Meanwhile, a number of other Twitter users shared their own personal experiences with either battling or losing someone to addiction. “Sorry to hear this. I’ve battled it myself and no one can understand the games it plays on every part of your life unless you’re the victim of it,” one person wrote, adding alongside a heart emoji, “But the thing I hope is that we will see those who have it to seek the help that they need in the name of your sister’s memory.”

“You guys have been so amazing,” Shorr tweeted in response to the outpouring of love and support. “Thank you for your kind words. And to those of you who have gone through similar experiences- thank you for sharing that with me. I am grieving but I don’t feel alone. God bless y’all.”

Coffman is survived by two young children, 9-year-old daughter Chloe and 4-year-old son Cameron, who have since been taken in by Shorr’s family. The “He’s Just Not That Into You” singer created a GoFundMe page on Monday, Jan. 7 to benefit her niece and nephew. In addition to supporting the children, the funds will also help cover funeral costs.

According to Shorr’s first post on the fundraising site, “Ashley was a single mother and one of the hardest workers you will ever meet. She sacrificed so much to provide for Chloe and Cammie and make sure they were taken care of.” She continued, “Although addiction is a complex issue, these children do not deserve to suffer even more.” Noting that her family was “not financially prepared to raise two young children,” Shorr explained, “We will all be contributing what we can, but if you have connected with this story and feel lead to give, anything is appreciated.”

While sharing the link on Twitter, Shorr wrote in part, “My family and I are so moved by the outpouring of support after the passing of my sister Ashley.”

Over the weekend, Shorr took to Instagram to pay tribute to her sister with a cover of the Fleetwood Mac song “Rhiannon.” Revealing that Coffman was named after the tune, she captioned the musical homage with, “I don’t even know what to say and I really never thought I would end up here,” before noting that the rock group’s song was “based on the old Welsh story of a beautiful goddess named Rhiannon who was captivating, beautiful, and magical.”

Shorr continued, “Ashley made friends faster than anyone I’ve ever met and could find something in common with you in five seconds flat. It’s so hard when you love someone and they are battling addiction because they lose so much of themselves in the process, but I am so thankful for the last conversation I had with her… I really got to tell her how much I loved her and the last words she ever said to me were ‘I am so proud of you.'” She concluded her post with, “I’ll never forget that and that’s how I will always remember her.”

Our thoughts are with the Shorr and Coffman families, as well as their loved ones, during this difficult time.

If you or someone you know is struggling with addiction, please call the Substance Abuse and Mental Health Administration’s 24/7 National Helplineat 1-800-662-HELP.