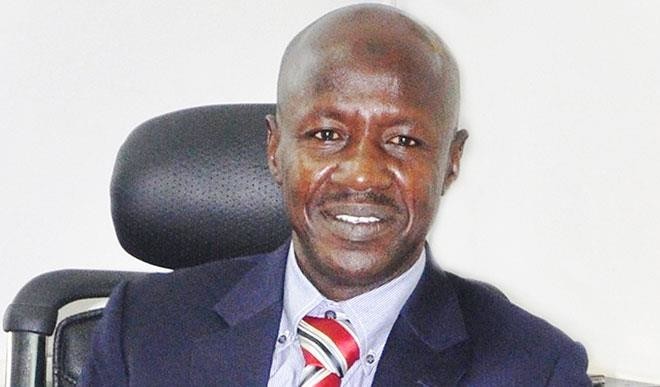 Chief Okoi Obono-Obla is the Senior Special Assistant to the President on Prosecution. He is also the Acting Secretary, Administration of Criminal Justice Monitoring Committee and member, National Prosecution Coordinating Committee. Recently, the Acting President, Professor Yemi Osibanjo, appointed him as the chairman of the Special Presidential Investigation Panel for the Recovery of Public Property. Chief Obono-Obla speaks with SUNDAY EJIKE on the relationship between the Economic and Financial Crimes Commission (EFCC) and the Office of the Attorney General of the Federation (AGF) and Minister of Justice regarding the latter’s directives to the anti-graft agency to return the case files of high-profile corruption cases to it and other issues bordering on the administration of criminal justice in the country. Excerpts:

What is your general view of the judiciary in the country?

The judicial arm of the government is not very encouraging. I expect the judiciary to be upright, to have high integrity, because judges are representatives of God. When I quarrel with you and we have a misunderstanding, where do I go? I go to the court, submit to the jurisdiction of the court, to the judge, who is expected to be upright, a man of integrity, a just adjudicator. To whom much is given, much is expected. It will be terrible for judges to compromise their position as representatives of God. It will be the beginning of anarchy, if people lose confidence in the judicial system. An impartial judiciary will attract foreign investment, which will develop the economy of the country. Judges as well as lawyers should abide by the code of conduct for judicial officers.

What is the position of the law on the relationship between the Economic and Financial Crimes Commission (EFCC) and the Office of the Attorney General of the Federation (AGF)?

The EFCC is just a department of the Federal Government like the police and the armed forces. The constitution did not contemplate EFCC. The 1999 Constitution came into force on 29 May, 1999 and the EFCC was created by an Act of the National Assembly in 2004, so the commission was not contemplated.

By the Act establishing the EFCC, is the commission under the supervision of the office of the Attorney-General of the Federation and Minister of Justice?

The EFCC Act was not contemplated by the constitution. It was created by an Act of the National Assembly. In short, it is inferior to the constitution, because when you look at Section 1(3) of the constitution, it says the constitution is the supreme law of the country, so any other law or regulation that is inconsistent with the constitution is void to the extent of that inconsistency. You can see that the EFCC Act is an inferior Act. However, under Section 43 of the EFCC Act, the AGF has the power to make rules and regulations for the EFCC. Pursuant to that Section 43, the former AGF, Mohammed Bello Adoke (SAN), made the EFCC Enforcement Regulation 2010. Administratively, the EFCC is under the supervision of the AGF. In the administration of Criminal Justice Act (ACJA) 2015, Section 105 (1), the AGF can give directive to the police, EFCC, ICPC or any other prosecuting agency in respect of any of their functions, duties and responsibilities and they have to comply with the directive. Then, under Section 105(3), the AGF has the power to request for any case file from any of the prosecuting authority in Nigeria, including the EFCC. That authority, person or prosecuting agency is under obligation to oblige the AGF. Under Section 106 of ACJA, no agency can file any charge without the consent or permission of the AGF or any of his law officers working in his office. The AGF is the chief law officer of the federation and the chief prosecutor of the federation by the constitution and the ACJA.

Considering your enormous task as the Senior Special Assistant to the President on Prosecution, how do you intend to carry out the assignment of the Special Presidential Investigation Panel for the Recovery of Public Property, of which you are the chairman?

I am equal to the task. The new task will not conflict with my work as the presidential adviser on prosecution. I am very energetic…

These government properties are in the hands of people considered as high and mighty and you are going to confront them in the cause of your assignment, how do you intend to succeed?

Recently, there was an altercation between the AGF and the EFCC over a directive by the AGF that the EFCC return case files of some high-profile corruption cases to the office of the AGF, has the EFCC complied with that directive?

There cannot be any altercation. It is in the constitution that the AGF is the chief prosecutor of the country.

Has the EFCC returned the case files?

Well, they will return them. Definitely, they will return them, because that is what the law says. Under the EFCC Enforcement Regulation 2010, which was made by the former AGF, which is applicable, the EFCC are obligated to forward to the AGF, a report of their investigation of a case or complaints, where that case is serious or complex. They must forward that report to the AGF at the end of their investigation. Section 10(2) of the EFCC Enforcement Regulation gives instances of when a case is considered complex or serious. If the value of the property involved exceeds N50 million, if the investigation requires special knowledge, for instance, when they are investigating banking fraud, security fraud, they are obligated to turn over the outcome of their investigation to the AGF. If the case is of international dimension, it is public concern, they are also obligated. If it involves significant sums of money by a minister or a public body, they forward their report to the AGF. If a case involves misconduct against a public officer or abuse of office, they must forward the outcome of their investigation to the AGF. You can see clearly that the relationship is that of a superior authority and the EFCC cannot disobey a lawful directive by the AGF, like requesting for case files, which is within the power of the AGF, as contained in Section 105(3) of ACJA.

Has the EFCC been complying with the directives or instructions of the AGF in this respect?

Some of these cases have been pending since 2004 when EFCC was created. Some of the cases are about 13 years, 14 years old and I can mention them. The issue is that we have not seen the conclusion of these cases.

For instance, the cases against Chimaroke Nnamani, Peter Odili, James Ibori, just to mention three, where are those cases? You will remember that in 2006, the former chairman of the EFCC, Nuhu Ribadu, went to the National Assembly and told Nigerians that he investigated three state governors. Those are some of the case files we are asking for so that the AGF can look at them and see what has been responsible for them not going on. Why are these cases still pending after more than 12 years? That is it. At the end of the day, if anything goes wrong, it is the office of the AGF that people will start blaming. We saw it in the media when we lost about four of these cases concerning the corruption of highly exposed people in the country and the AGF was compelled to answer questions. We hope that the EFCC will comply with the directive because they have no choice. That is what the law says.

As a senior lawyer, what is your opinion on the way the EFCC goes about its investigation and prosecution of high-profile corruption cases?

I don’t have any misgivings. I don’t think the EFCC has done badly. Look at the recent statistics, for the first quarter of the year, the EFCC had 200 convictions. It is a good record. The fact that they lost three or four cases is not enough to write them off. At least, they are doing very well, taking into account where we are coming from. We are coming from an era when there was no will to prosecute cases. Past governments did not have the will and this government has given the EFCC the latitude to carry out its statutory work. I think the EFCC is doing well. I think there is nothing wrong with their investigation. I don’t want to subscribe to the narrative that the EFCC lost cases because of poor investigation. I don’t think so, except if cases are pursued to the Supreme Court.

Many are of the view that the cases for which the EFCC has secured convictions are not high-profile ones, what do you think?

Even at that, Nigerians are looking up to the EFCC to do more in their investigation and prosecution of corrupt public officeholders. In what areas do you think the commission needs to improve?

There is a controversy over the appointment of Ibrahim Magu as the substantive chairman of the EFCC. The Senate has rejected his nomination based on some allegations against him by the State Security Service, what is your take?