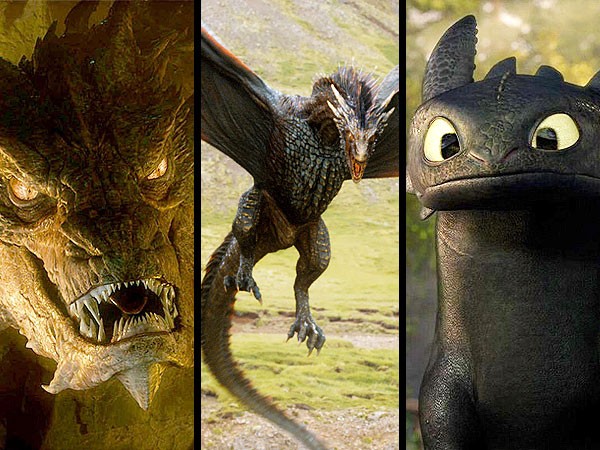 No doubt about it: Dragons are cool.

You know it, we know it, George R. R. Martin knows it—that’s why he made them a huge part of his books that inspired Game of Thrones.

In the seventh season, Daenerys Targaryen’s three children are bigger and deadlier than ever and and super badass—Jon Snow certainly concurs.

We’re taking a look back at some of the coolest dragons in pop culture. Most of the time, the fire-breathing beasts are depicted as nothing more than that; beasts meant to be slain. But in many popular films, they showcase charming personalities.

We went a step further and also ranked our favorites for you.

The list includes dragons from yes, Game of Thrones, as well as the ’80s cult hit film The NeverEnding Story, How to Train Your Dragon, a long-lost late ’90s animated movie…