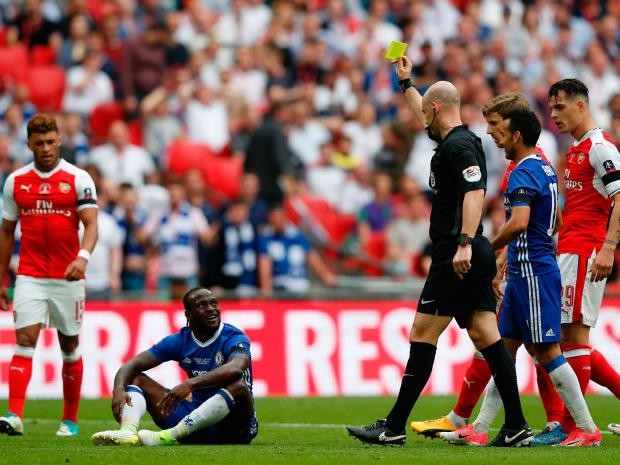 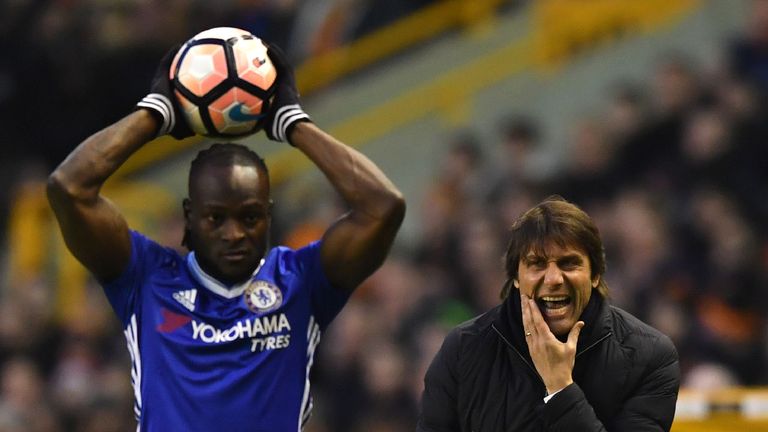 Chelsea boss Antonio Conte says Victor Moses did not cheat and was probably “tired” following his sending off in Saturday’s FA Cup final.

Moses was dismissed for a second booking in the 2-1 defeat by Arsenal after going down in the box on 68 minutes – a move deemed to be simulation by referee Anthony Taylor.

The decision came just 11 minutes after the Nigeria international had been booked for a foul on Danny Welbeck. 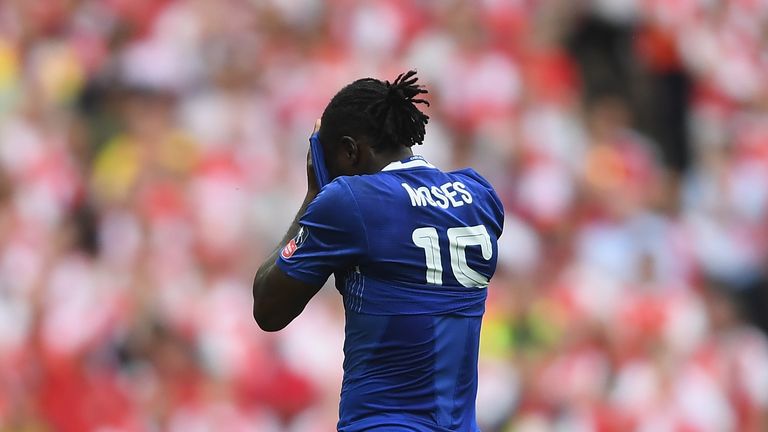 Moses was dismissed when Chelsea were trailing 1-0 to Arsenal

Conte said: “There is a lot of tension in these moments and sometimes you could be tired.

“I don’t think if my player dived he did it with a real intention of doing it. We have arrived at the end of the season and many players are tired, and then there is a lot of pressure.

“It’s not a good situation to dive, for sure, but Moses is an honest player and if he did this it’s only because he was tired. He didn’t want to cheat the referee.”

Earlier in May, the FA unveiled new sanctions for next season for “successful deception of a match official” that will see players banned for two games if guilty of diving to win a penalty or getting an opponent sent off.