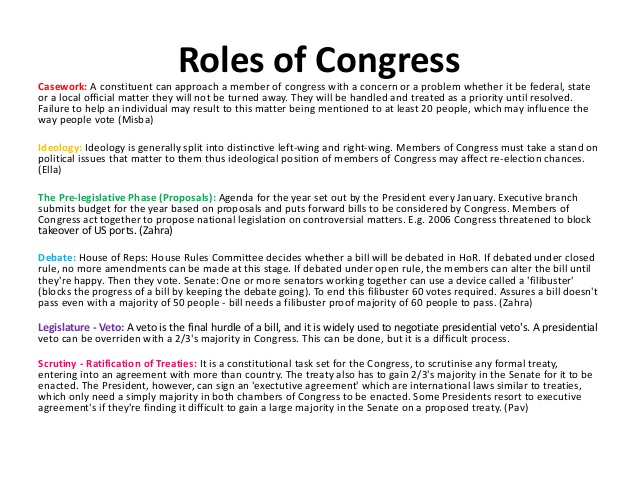 Since Nigeria’s return to democratic rule in 1999, the high turnover of lawmakers in the country has been a source of concern to not a few stakeholders but also to academics.

While performance and contribution in lawmaking process play a major role in determining the re-election of a legislator, constituency accountability, that is, the relationship between legislators and their constituents determine their retention rate in the national parliament the world over.

In the United States, every two years a congressperson faces reelection, and as a result there is a strong tendency for a congressperson seeking reelection to ensure robust constituency relations efforts at their home districts if he or she is to be re-elected.

US Congresspersons and Constituents

A major aspect of the role for a Senator and a representative in the United States of America consists of services to his or her constituency. Usually, federal lawmakers receive thousands of letters, phone calls, and e-mails, with some expressing opinion on an issue, or displeasure with a member’s position or vote. Often the incoming messages are not from concerned citizens but are barrages of electronic mail and interactive video designed to pressure the congressperson and his or her staff. Constituents request assistance with particular problems or ask questions.

Members of Congress want to leave a positive impression on the constituent, rather than leave them disgruntled. Thus, their offices will often be responsive, and go out of their way to help steer the citizen through the workings of the legislature. In this role, members and their staffers act as an ombudsman (receiving complaints) at the Federal level. This unofficial job has become increasingly time-consuming, and has significantly reduced the time that members have for the preparation or inspection of bills. Providing services helps congresspersons win elections and there are reports that some congresspersons compete actively to try to convince voters that they deliver the best services. It can make a difference in close races.

While there are no systems with perfect member-constituent relationships, developing nations and emergent legislatures like the Nigerian National Assembly and even the state legislatures face a number of challenges. The first major challenge that often confronts lawmakers is the   number of constituents needing individual help. Constituents with some knowledge of or connections to the legislature most commonly assume that legislators can help them as individuals with direct assistance, and help them as a member of a larger group by supporting policies that contribute to their joint well being. Claims for assistance to individuals are particularly dramatic and basic in the developing world, where patron-client politics encourages the expectation of direct forms of help. While some legislatures in the developed world have hired staff to deal with constituent requests, legislators in low resource countries are often left alone in dealing with constituents. If legislators cannot develop strategies and devices for coping or filtering requests for assistance, any opening to constituents to see legislators – such as office hours, constituency visits, etc. – may be quickly overloaded to a point that legislators will not have the time to perform any of their responsibilities effectively.

Secondly, there is the problem of lack of resources to satisfy the needs of constituents seeking help from their representatives. In most developing legislatures, resource constraints and traditions of dominant executives limit legislative efforts to support the needs of constituents. But in the United States of America, the case is significantly different since members may receive assistance from caseworkers who intercede with government agencies on behalf of individual constituents, from legislative and administrative assistants who deal with constituents, or from professional staff who help determine how legislation affects different areas and groups.

Opening up of the legislature to the public

Although the   Nigerian National Assembly has tried over the years to domesticate some best practices like opening of constituency offices in respective senatorial districts or federal constituencies; provision of support staff and resources to lawmakers, and live coverage of plenary sessions, more needs to be done in terms of opening up the legislature to the public.

In Nigeria, like in many African countries, citizens must pass armed security men to enter the National Assembly, and may not enter without an appointment. On the other hand, in the United States, the Congress building is open to the public, as it has public galleries in the legislature so that any citizen can observe parliamentary proceedings. This high degree of openness on the part of the US Congress is one important means of promoting the role of the parliament and the work that it does, while also ensuring that citizens feel ownership of the parliament and its activities.

It is however commendable that school children often make visits to the two chambers of the National Assembly to members and observe legislative proceedings.

Just as citizens must understand the legislature in order to influence it, so must civil society groups. In countries with a limited history of legislative democracy, civil society organizations tend to lack knowledge of legislative processes even though they may be well organized around a particular issue and/or at implementing programs to address their particular concerns. And yet, in legislative systems, civil society organizations have a critical role to play whether in lobbying legislators for policy change or in representing the aspirations of their constituents at public hearings.

Dialogue as Elixir for Re-election Challenges

Even though it is a popularly held belief in the US that incumbents have more advantages over their challengers (because incumbents raise far much more money than their challengers) the major factor that guarantees an incumbent’s reelection is usually the various tools that the Congressman uses to be in constant touch with his constituents.

US legislators ensure that citizens are provided with access to information about what is happening in the parliament and the positions being taken by their representatives. In return, citizens have venues for providing their opinions and inputs into the work of the parliament.

It should never be forgotten that average citizens have knowledge and opinions about various draft laws under consideration. They also have access to information about how the government is implementing laws and spending their resources. This information is what guides the US Congress to ensure proper oversight of the executive branch of government.

There are two keys to effective constituent relations in the United States – access to resources and flexibility. Resources can be provided by the parliament or the parliamentary group to enable the Congressman to remain engaged with constituents. Where such resources are not available, the legislator must be more innovative but should not neglect this responsibility. As for flexibility, citizens will rarely wait to make an appointment to voice their opinion. So, learning from the United States, Nigerian Senators and Members of the House of Representatives must increasingly make themselves available for access, either through impromptu events or by attending social occasions