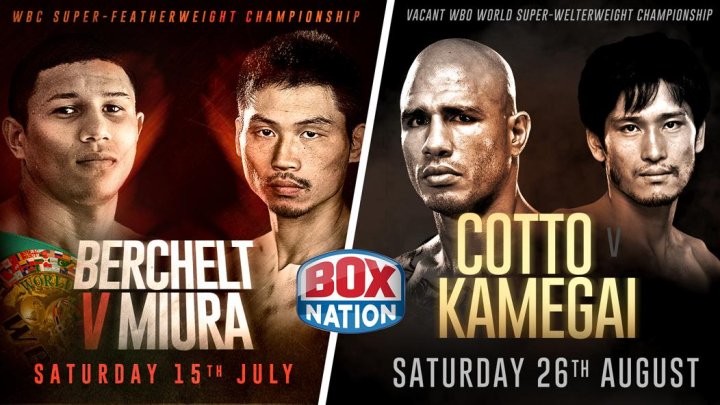 CARSON, Calif. — Miguel Cotto withstood constant early pressure from Yoshihiro Kamegai and picked up the pace as the fight wore on to take a unanimous decision for the vacant WBO junior middleweight title Saturday night at the sold-out StubHub Center.

Yoshihiro Kamegai raises the arm of Miguel Cotto after a unanimous 12-round decision for Cotto to retain the WBO junior middleweight title. Harry How/Getty Images

Prior to the fight, the 36-year-old Cotto said this would be his final year.

In the postfight interview with HBO, Cotto said he wants to fight one more time in December. Asked who he wanted to fight next, Cotto deferred to trainer Freddie Roach, who said he would like for Cotto to fight the winner of the Canelo Alvarez-Gennady Golovkin fight next month.

Cotto fought for the first time since losing a unanimous decision to Alvarez in November 2015.

Despite all the power shots Cotto could land, Kamegai (27-4-2) never looked as if he was in danger of being knocked down. Cotto drew blood from the 34-year-old Japanese fighter’s nose in the second. After the seventh, Kamegai’s corner was working on a cut under his left eye.