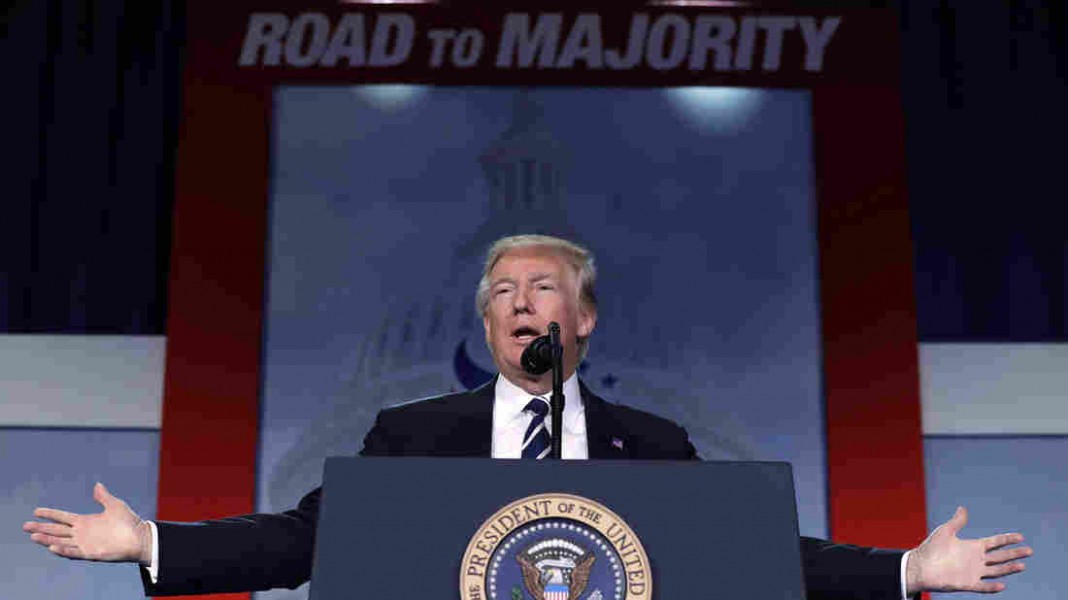 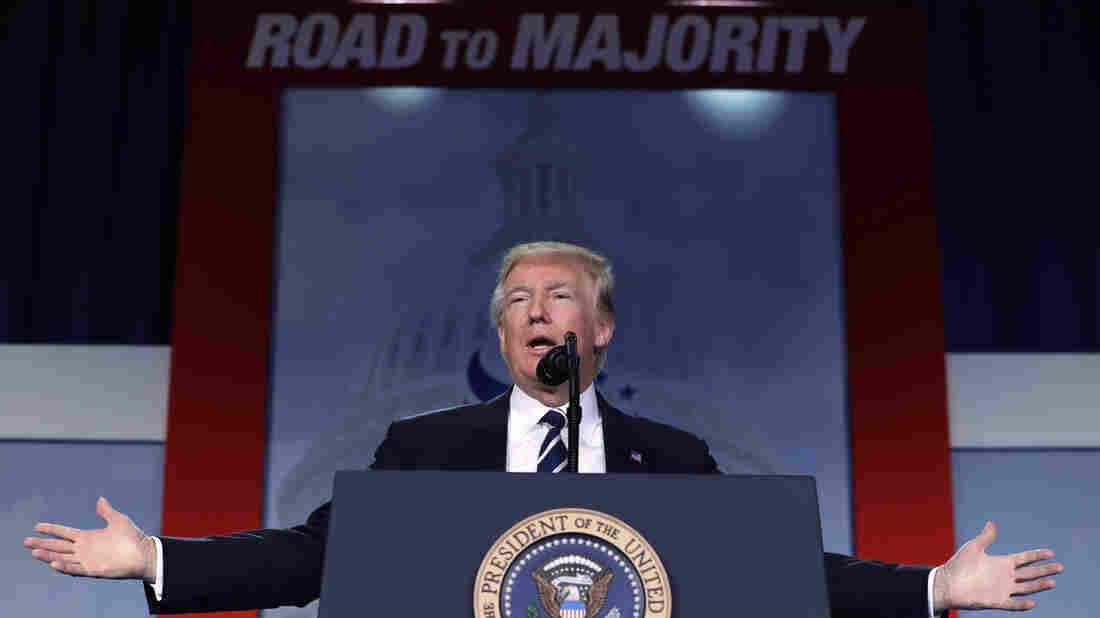 President Trump speaks to a Faith and Freedom conference on Thursday in Washington, D.C.

While former FBI director James Comey was testifying before the Senate Intelligence Committee Thursday, several hundred attendees from across the country listened to President Trump share the administration’s religious agenda. The luncheon headlined by Trump was the kick-off event of the Faith and Freedom Coalition’s 2017 Road to Majority gathering taking place in Washington, D.C., over three days. But even as the president refrained from commenting on the day’s proceedings on Capitol Hill (despite suggestions earlier this week that he might take to Twitter during Comey’s testimony), many attendees at the gathering of conservatives expressed concern over the drama that was unfolding less than 3 miles away.

Gordon Rolle, who drove to the event from Atlanta lamented the political partisanship that is cleaving what he called “good communities.” He argued the committee’s interest in questioning Comey is a ploy by Democrats to distract members of Congress, and the nation at large, from their mandate — to return Christ to the Capitol.

“It is part of a larger movement to discredit the president,” he said outside of the Omni Hotel where the conference is being held. “It’s a shame,” he added.

Shortly after exiting the ballroom where the luncheon was held, Teresa Riley was checking her phone for updated news on Comey’s testimony. Upon hearing that Comey testified that Russia unequivocally interfered in the 2016 presidential election — consistent with the conclusion of the U.S. intelligence community generally — Riley dismissed the news with a wave of her hand.

“Knowing what I know about computers and computer hacking, anyone can make a hack look like it’s coming from anywhere. So I don’t know if I believe that,” she said, without explaining her line of work or level of interest in computers.

Gloria Alday, an active member of the Republican Party in Houston County, Ga., is equally baffled by Democrats’ interest in investigating the role of the Moscow in the election and potential links between Russian President Vladimir Putin’s government and the Trump campaign.

“How can Russia influence our election?” she asked incredulously. “We are grass-roots people. We walked door-to-door. We made telephone calls. We did the election, not Russia,” she said before adding, “It’s all a smokescreen.”

Trump’s address was long and thorough and covered a wish list of conservative goals — a complete overhaul of the tax system, repeal of the Affordable Care Act and deregulation across a slew of sectors including more lax environmental rules, which he argued would bring “the cleanest water” to cities across the nation.

Several lines from the president garnered a standing ovation from the crowd: A mere mention of the decision to pull out of the Paris Climate Agreement had people on their feet, a pledge to continue putting “America First” drew loud whooping across the grand ballroom and promises to fight terrorism elicited more than a few hoorahs.

“If we had the best plan in the history of the world, we wouldn’t get one Democrat vote,” he said, to laughter.

But he ended on a more unifying note.

“The one thing we do share is one beautiful destiny,” he told the rapt crowd. “As long as we have pride in our beliefs, courage in our convictions and faith in our God then we will not fail.”