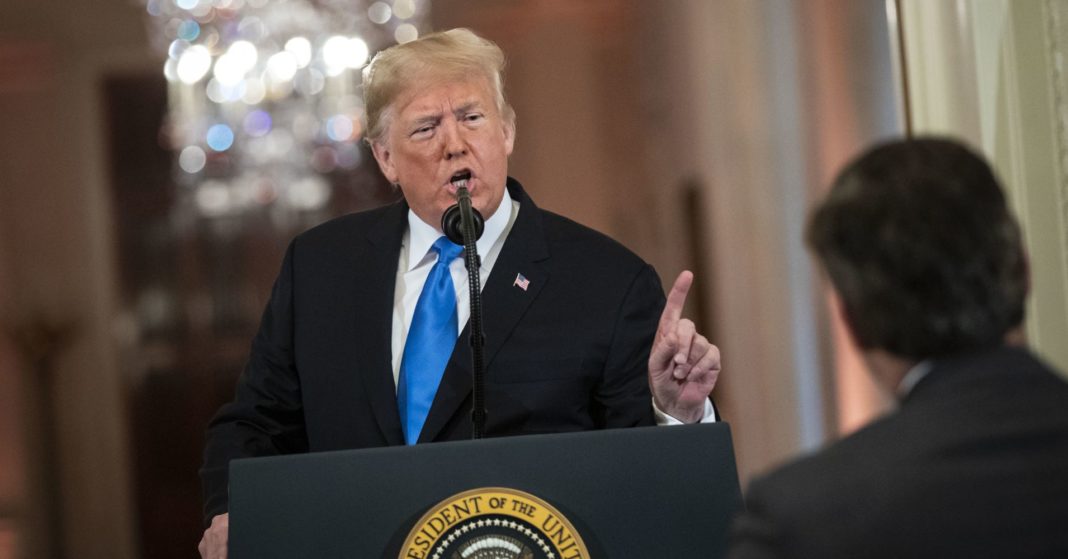 OANN’s filing comes less than a day before a hearing in Washington, D.C. District Court on whether to grant CNN’s request for a temporary restraining order that would return Acosta’s “hard pass,” which gave him access to the White House grounds.

A ruling is expected around 10 a.m. ET on Friday.

OANN, which is reportedly one of Trump’s favorite outlets, took time in the supporting document to compliment the president, saying he was “right on point” to call Acosta “rude” during a heated exchange at a news conference last week.

“Acosta does not have a protectible First Amendment interest or right in the context of this dispute,” OANN argued, adding that “while this narcissistic approach may serve Plaintiff’s self-interests as entertainers or media figures and the network that profits therefrom, they do not serve the interests of the forum.”

Acosta has often quarreled with White House staff — including press secretary Sarah Huckabee Sanders, who is also included in the lawsuit — and has been called out specifically by Trump on multiple occasions.

At a Nov. 7 presidential news conference following the midterm elections, Acosta challenged Trump’s use of the word “invasion” to describe a so-called caravan of Central American migrants traveling to the U.S.-Mexico border. When he continued asking follow-up questions to Trump, a White House staffer attempted to pull away his microphone, which he initially refused to yield.

“You are a rude, terrible person,” Trump told Acosta at the time. Later that day, Acosta’s hard pass was suspended indefinitely, according to CNN.

The White House pushed back on CNN’s lawsuit in a court filing Wednesday, arguing it had “broad discretion” to suspend the reporter’s access to the White House.

In a statement ahead of the filing, OANN CEO Robert Herring said “Acosta’s actions are stopping our people from getting their questions answered, so that we can give our audience the real news direct from our President.”

Herring added that he “can’t believe Fox is on the other side,” referring to Fox News, whose commentators tend to support Trump and which had joined a raft of other media organizations in supporting CNN in the lawsuit.