FAO Schwarz makes its return to New York. Here’s what its new store looks like inside 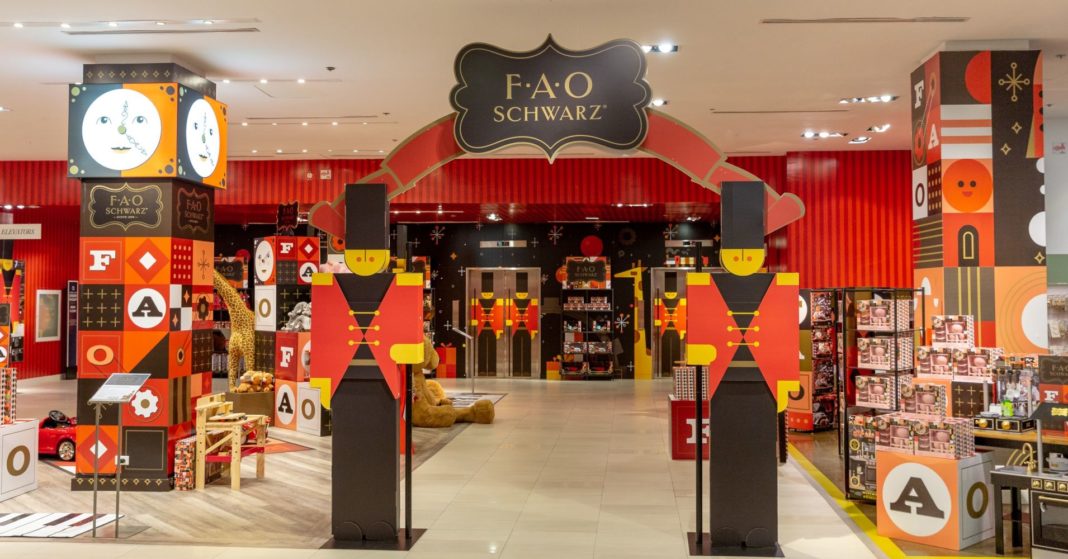 Iconic toy retailer FAO Schwarz is making its return to New York City after shutting its famed flagship store on Fifth Avenue in 2015, when the brand was still owned by Toys R Us.

Now under a new owner, FAO Schwarz will bring its plush stuffed animals and walk-on piano keyboard — featured in the 1988 movie “Big” with Tom Hanks — back to life, and just in time for the 2018 holiday season. The store opens Friday at 30 Rockefeller Plaza in Manhattan. FAO Schwarz, meanwhile, has already embarked on expanding around the globe.

The goal is to make the space “experiential” and one that can “deliver theater and can drive customers,” David Conn, CEO of FAO Schwarz’s parent company ThreeSixty Group, told CNBC last month.

Brands featured in the 20,000-square-foot 30 Rock store include two of those also owned by ThreeSixty — electronics from The Sharper Image and toys from Melissa & Doug. There are walls of Barbie dolls, a Build-A-Bear Workshop station, a racetrack for kids to play with cars, a space where a magician will teach tricks, a candy shop and so much more for visitors to do there, beyond shopping.

And, of course, FAO Schwarz brought back its iconic keyboard on the floor. (This time it’s also on the ceiling, in bright lights, to spark the curiosity of those walking by.) The massive clock tower is there too, along with a new centerpiece, a rocket ship.

Without Toys R Us now that it’s bankrupt, there is a huge share of the toy market left up for grabs, giving FAO Schwarz the chance to make a name for itself again. FAO Schwarz will also be selling its own branded items inside other retailers including Kohl’s and Hudson’s Bay this holiday season.

Back at 30 Rock, FAO Schwarz will offer everything from hot items like Hatchimals to the brands older generations of consumers grew up with, like Steiff teddy bears. Its goal is to be a store that customers remember and keep coming back to.

The experience is the key. It’s a strategy many retailers are employing to lure consumers out of their homes and into the stores — but it’s also part of FAO Schwarz’s heritage. The fun of going to the old store is a memory for many generations, but today’s shoppers may find many “Instagrammable” moments inside the walls of the new store

“We think this transcends even just toys,” Conn said. “We joke around … we were experiential before it was cool to be experiential.”