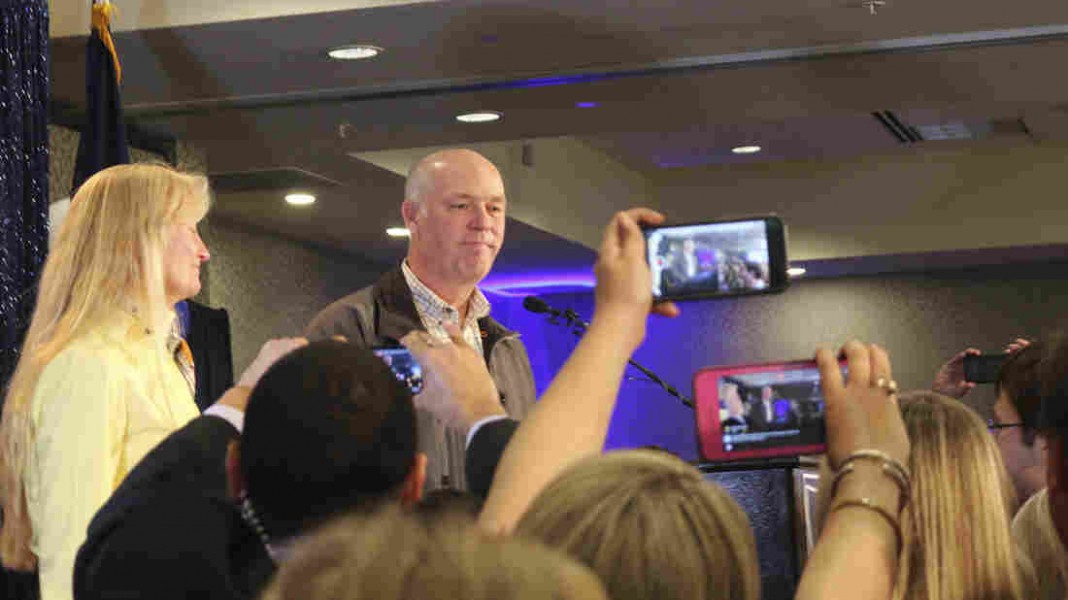 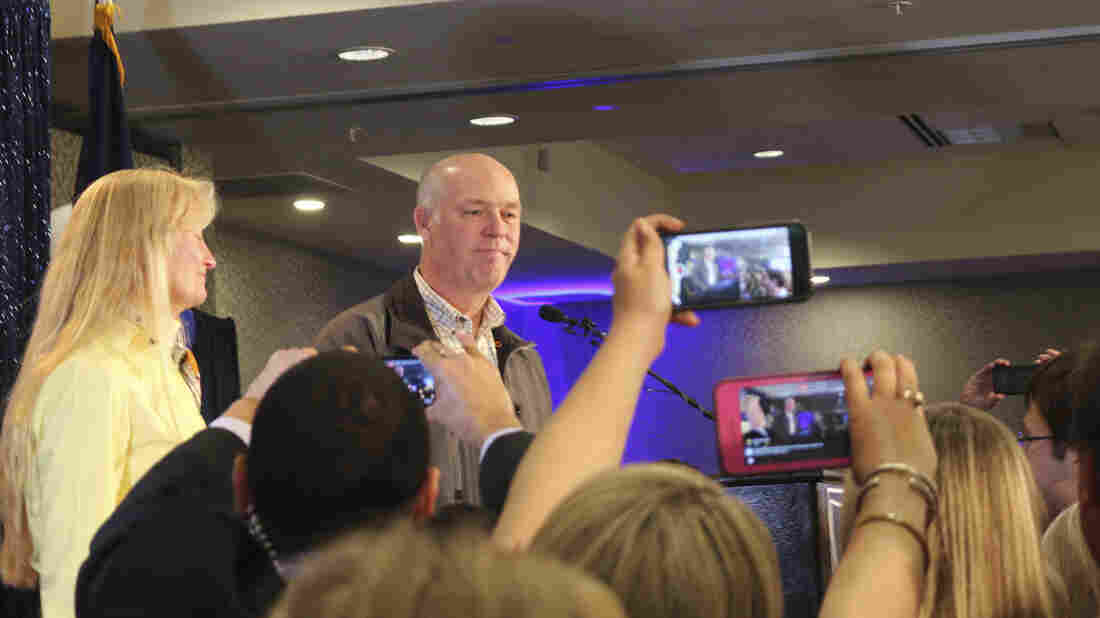 Republican Greg Gianforte greets supporters after winning a special election for the House from Montana last month. He apologized then and now has apologized in writing for assaulting a reporter. Bobby Caina Calvan/AP hide caption

Republican Greg Gianforte greets supporters after winning a special election for the House from Montana last month. He apologized then and now has apologized in writing for assaulting a reporter.

A congressman-elect is trying to put a story about body-slamming a newspaper reporter behind him. Greg Gianforte has apologized in a letter to The Guardian‘s Ben Jacobs, saying Jacobs was just “doing his job” in asking a legitimate question when Gianforte knocked him down.

On the eve of a May 25 special election for the House in Montana, Gianforte was about to do a television interview when Jacobs asked a question about congressional Republicans’ health care plan when — as captured in an audio recording — Gianforte physically attacked him. Jacobs is heard on the recording saying the candidate had body-slammed him and broken his glasses.

A spokesman for Gianforte issued a statement saying Jacobs, brandishing a cellphone, interrupted an interview and badgered the candidate with questions, and that Gianforte reacted by attempting “to grab the phone that was pushed in his face.”

“Jacobs grabbed Greg’s wrist, and spun away from Greg, pushing them both to the ground,” Gianforte spokesman Shane Scanlon said. “It’s unfortunate that this aggressive behavior from a liberal journalist created this scene at our campaign volunteer BBQ.”

As we reported, three Fox News reporters who were in the room preparing for the interview with Gianforte confirmed that the candidate “grabbed Jacobs by the neck with both hands and slammed him into the ground … then began punching the reporter.”

Later that evening, the sheriff cited Gianforte for misdemeanor assault. The next day, Gianforte was elected to the House.

In his letter of apology to Jacobs, Gianforte says, “You did not initiate any physical contact with me and I had no right to assault you. I am sorry for what I did.”

He says, “I understand the critical role that journalists and the media play in our society. … I acknowledge that the media have an obligation to seek information.”

Gianforte says, “In the hope that some good can come of these events, I am making a $50,000 contribution to the Committee to Protect Journalists.”

“I have accepted Mr. Gianforte’s apology and his willingness to take responsibility for his actions and statements. I hope the constructive resolution of this incident reinforces for all the importance of respecting the freedom of the press and the First Amendment and encourages more civil and thoughtful discourse in our country.”