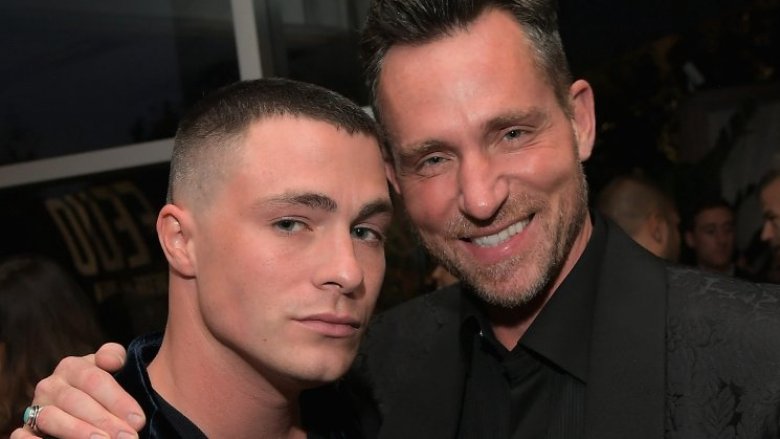 According to court documents obtained by The Blast, Leatham, who’s the artistic director for the Four Seasons, reportedly filed a preliminary declaration of disclosure back on Thursday, Dec. 13, 2018. In the state of California, this routine procedure signals the beginning of divorce proceedings, in which both parties share their financial information.

At the time of this writing, Haynes, 30, and Leatham, 47, have yet to publicly comment on this development.

As Nicki Swift previously reported, the former couple initially called it quits in May 2018. Haynes’ initial divorce filing came just six months after the two tied the knot in October 2017. Their star-studded ceremony had been famously officiated by Keeping Up With the Kardashians star Kris Jenner in Palm Springs, Calif., as previously reported by E! News. Leatham, who was unfortunately hit with false cheating rumors around the time of their split, responded weeks later with his own filing, in which he cited irreconcilable differences as the reason for their breakup.

However, Haynes and Leatham made headlines when they reconciled months later, before marking their one-year wedding anniversary in late October 2018. “I can’t remember what it was like before you, and I don’t even know how we got here but maybe that’s exactly what I needed,” Leatham wrote at the time on Instagram, captioning a slideshow of snapshots of himself with Haynes. “Someone who could make me forget where I came from and someone who could make me love without knowing how to fall … Happy Anniversary My Beautiful Husband. Life is a beautiful place with you beside me. I LOVE YOU.”

Meanwhile, the CW star wrote in a since-deleted post, “Can’t believe it’s already been 1 yr. since we got married. Happy Anniversary my beautiful husband” (via E! News).

In other recent relationship news within the Arrow sphere, Haynes’ co-star, Katie Cassidy, married her longtime fiancé, Matthew Rodgers, in a gorgeous outdoor ceremony held in Sunset Key, Fla. on Saturday, Dec. 10. While captioning a sweet photo of the newlyweds sharing a kiss on their big day, the actress wrote on social media, “I can’t help falling in love with you. YES! It’s official! #MrsRodgers I love you my husband.”