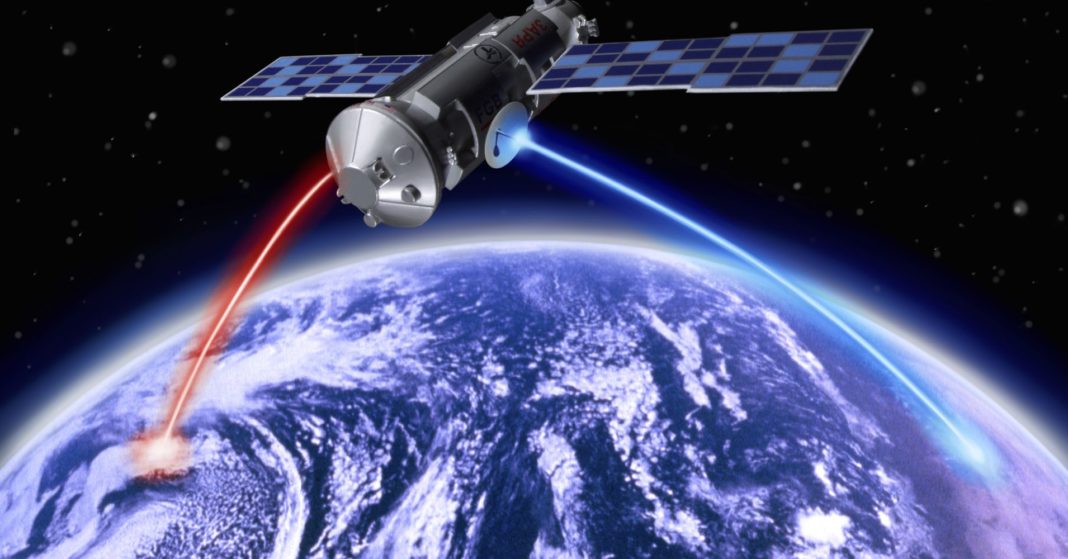 Based in Los Angeles, Cloud Constellation wants to launch Space Belt, a network of data centers built on satellites in orbit.

The $100 million comes from HCH Group, a subsidiary of Chinese consumer electronics giant Haier Group. The funds are a part of a larger venture capital round Cloud Constellation is working to close. The company declined to specify what its valuation is.

“HCH’s financial commitment to SpaceBelt builds on our momentum to execute on our vision to offer global data protection that leverages commercial space,” Cloud Constellation CEO Cliff Beek said in a statement.

The company warns that devastating cyber attacks and data breaches are quickly on the rise. Cloud Constellation pointed to data from Cybersecurity Ventures, a firm which estimated that cybercrimes around the world will accelerate to cost $6 trillion a year by 2021. Although Cloud Constellation touts improved cybersecurity, Gatens said “it’s hard to say what the percent improvement” is compared to Earth-based data centers.

“How much we can impact [cybersecurity risk] is really going to be on a per customer basis,” Gatens said.

Cloud Constellation previously raised $5 million in a 2016 fundraising round from a Middle Eastern investor. Earlier this year, Beek told Space News that the company was aiming to raise $200 million to pay for 12 satellites, down from the previously announced 16. Now the company is paring down its ambitions further, to 8 satellites. Three of these will be “memory” satellites, Gatens said, with 5 petabytes of storage available. The data “will be replicated on each of the three satellites” for built in redundancy, Gatens added, to help protect against the loss of connection to a satellite.

Gatens declined to specify who would build the satellites. Instead, Gatens said Cloud Constellation is “in discussions with multiple” major satellite manufacturing companies.

Gatens said Cloud Constellation will use C-band spectrum initially, as the company’s satellites will be relaying data by way of existing geostationary satellites — such as those by broadband satellite company ViaSat. Geostationary satellites can be the size of school buses and remain “fixed” in place above the Earth, orbiting much further away so as to provide as much coverage of the planet’s surface as possible. Gatens argues that this provides “another layer of isolation” to the data storage, he said, as there will not be any communication directly between Cloud Constellation’s satellites and the ground.

Cloud Constellation has announced several prospective customers, as well as a partnership with IBM earlier this year to explore how data storage may be more secure if placed in orbit.