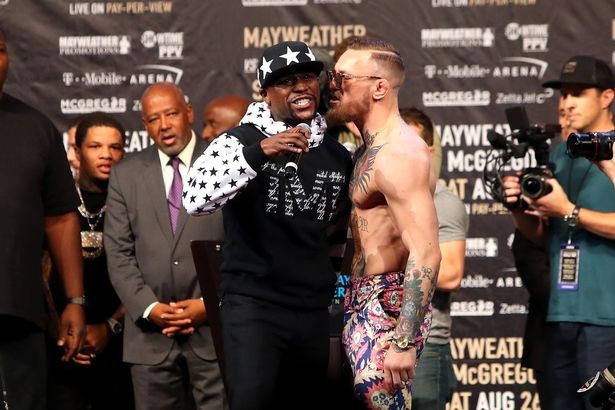 Boxing trading cards are not nearly as commonplace as those from sports such as baseball, football and basketball, but the Floyd Mayweather-Conor McGregor megafight is getting a set of its own.

Topps, the trading card company whose history with boxing dates back to its star-studded 1951 Ringside set, is the exclusive trading card partner of UFC. Even though McGregor will square off with Mayweather in a 12-round junior middleweight boxing match on Saturday (Showtime PPV, 9 p.m. ET) at the T-Mobile Arena in Las Vegas, Topps will chronicle the event with a limited-edition card set featuring the road to the superfight.

Each set, available only at Topps.com, will contain 20 cards showcasing the lead-up to the fight, with cards commemorating the wild world media tour, the fighters’ training sessions and other moments.

The sets, which cost $24.99, are available for one week through Aug. 29. Topps said it will print only as many sets as are purchased as part of its Topps Now on-demand card program.

Topps plans to separately issue preview cards of the fight this week that will showcase images from Friday’s weigh-in.

On Monday, Topps will wrap things up by issuing a card featuring the winner of the fight.