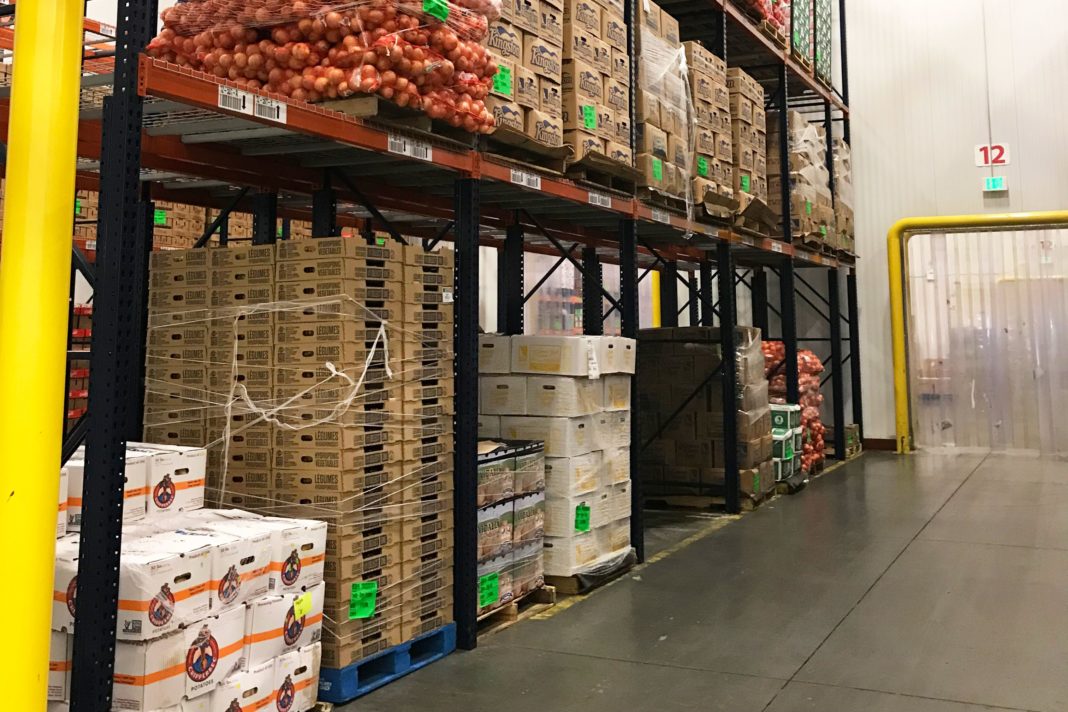 The growth of e-commerce has increased demand for warehouse space exponentially, but one subset of that real estate sector is really heating up: Cold storage warehouses and distribution centers are suddenly in high demand thanks to new food delivery services like Peapod by Giant, Amazon Fresh and Blue Apron.

The sector is small now, but growing rapidly.

“It is very niche. About 2% or 3% of all goods on groceries are bought online, and we expect the space could explode to 13% over the next 5 years because of the penetration of the internet,” said Spencer Levy, senior economic adviser for CBRE research.

CBRE’s forecast is based on a projection by the Food Marketing Institute and Nielsen that an additional $100 billion in annual grocery sales will be conducted online by 2022.That will likely mean big changes for the cold-storage industry, which at 3.6 billion cubic feet currently accounts for just a tiny slice of U.S. industrial-and-logistics real estate overall.

Much of the cold-storage sector’s growth is likely to occur in gateway markets like Los Angeles and the New York City metropolitan area, as well as leading food-production states, such as California, Washington, Florida, Texas and Wisconsin.

“Consumers want to eat more fruits and vegetables and less processed food, so when you have fruits and vegetables that need to be flash frozen and then transported across the country to the user, that is definitely taking an uptick in demand for this space,” said Michael Carroll, an analyst with RBC Capital Markets.

While mainstream warehouse construction is growing, there is still a very limited supply of cold storage real estate, which makes it that much more valuable. The supply is also on the older side, about 34 years old on average, according to CBRE.

“So they could really benefit from some modern technology, robotics and everything,” said Levy. “I think you’re riding a crest of a wave that’s only going to get better. I think it’s a great segment of the market to be in.”

“I think especially as Americold has gone public, there’s been a lot more interest from institutional capital sources coming into the space,” said Carroll. “So I think you’ll see more construction activity coming in, and Americold has been more active recently breaking ground on projects since they became public early in 2018.”

Because as the grocery segment grows, the perishables are poised to profit, and so are those investing in really cold properties.