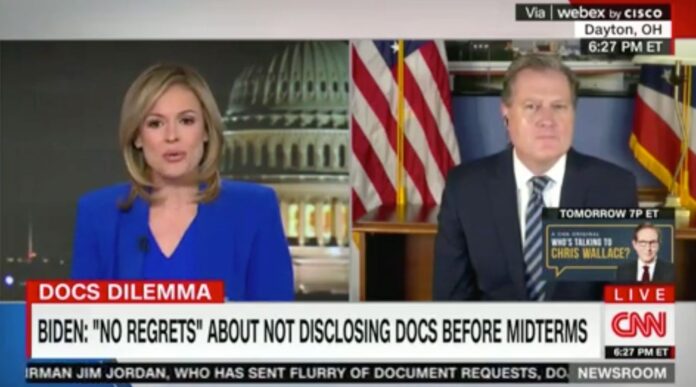 Brown went back and forth with the House Republican, who is chair of the House Intelligence Committee, as he attempted to deny that the search of Trump’s Mar-a-Lago estate was linked to an “obstruction of justice investigation” on Saturday.

“If you’re being intellectually honest with yourself, the key difference here [is] that Trump and his team defied a subpoena,” Brown said.

She added: “They said they had turned over everything. Yet evidence developed through the course of the investigation that classified documents were being moved, which started this obstruction of justice investigation, so that is a key difference here of why the FBI searched that residence.

“It wasn’t an obstruction of justice investigation,” Turner replied.

“Absolutely, that was part of it, absolutely it was,” Brown said in return.

The two are no stranger to on-air mix-ups as Brown called out the Republican for setting “two standards” for different types of politicians last year.