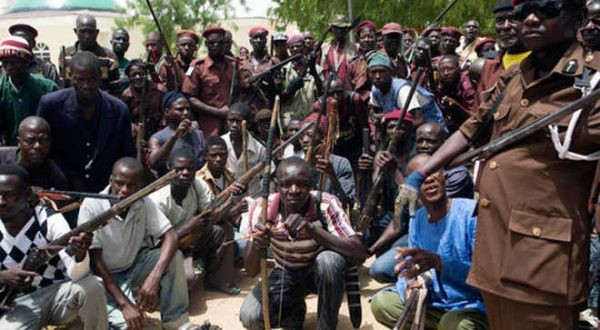 Six hundred and eighty members of the Civilian Joint Task Force (CJTF) have lost their lives to the Boko Haram insurgency from 2014 till date in Borno State, the hotbed of the war.

The Legal Adviser to the CJTF, Mr Jubril Gunda, made the disclosure in an interview with newsmen in Maiduguri on Sunday.

Gunda, who described the dead CJTF members as heroes, said they were killed in various operations in the state.

He said that many members of the CJTF also sustained various degrees of injuries since the group joined the campaign to end insurgency in Nigeria’s North-East.

Gunda noted that the CJTF had made remarkable contributions in ensuring the return of peace to war-ravaged communities in Maiduguri and elsewhere.

The legal adviser, who described himself as a staunch member of the CJTF, pleaded with the Federal Government to provide money and materials for the families of dead CJTF members.

“Their families are left on their own with no compensation, except the token burial money given by the Borno State Government.

“Their children cannot afford to go to school or pay house rent,” he said, describing the conditions of bereaved families as pathetic.

Gunda revealed that 780 members of the group had been trained and exposed to combat operations to boost their combat readiness.

“It is our sincere believe that the 780 trained CJTF members will make a great difference in the campaign against insurgency.”

Gunda called on the Borno Government to pay allowances and provide vehicles for the group to motivate them.

He also advocated closer collaboration between the military, police and the group to ensure smoother implementation of the anti-insurgency campaign.